StarClan must have shared their wisdom with this article, because it was previously featured on the front page.
This article is not a part of the Warriors universe and is from the real world.

Publishers have distributed works related to the Warriors series. HarperCollins has published all existing Warriors books in English.[1] 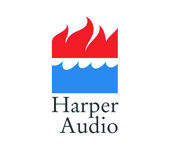 HarperAudio is an imprint of their parent company HarperCollins, and have released all existing English-language Warriors audiobooks.[5] They employ audiobook narrators, who are a group of people that have worked to record the Warriors series in audio format. There are three narrators for the English language, including MacLeod Andrews and Kathleen McInerney.[1]

Tokyopop is an American distributor, licensor, and publisher of anime, manga, manhwa, and Western manga-style works.[6] Alongside HarperCollins, they have released all existing English language Warriors manga.[7]

Working Partners was involved with the concept development of Warriors.[8] They are a company that develops book ideas, brings then to a draftable stage, and then pitches them to publishers.[9] HarperCollins picked up Warriors from them, and recruited Kate Cary and Cherith Baldry, along with Victoria Holmes, the original story drafter, to make a 6 book series.[10] From there they continued to work on the Warriors series with Vicky,[11] and later Clarissa Hutton.[12]

Retrieved from "https://warriors.fandom.com/wiki/Publishers?oldid=1571952"
Community content is available under CC-BY-SA unless otherwise noted.