Warriors Wiki
Register
Don't have an account?
Sign In
Advertisement
in: Pages with reference errors, Power of Three arc, The Sight, Books

Dark River
The Sight is the first book in the Power of Three arc.[6] Hollypaw, Jaypaw, and Lionpaw are the cats depicted in the center of the original cover.[7] Jaypaw is the cat featured on the reprinted cover.[8] It features Jaypaw, Lionpaw and Hollypaw as the main protagonists. Firestar is featured in the prologue.

The wild cats have flourished in their new home on the banks of the lake for several seasons, and the Clans are growing strong and healthy with new kits. Now, the time has come for three kits of ThunderClan to become apprentices.

Hollypaw, Jaypaw, and Lionpaw spring from a strong legacy: children of Squirrelflight and Brambleclaw, two of the noblest ThunderClan warriors, and grandchildren of the great leader Firestar himself. All three young cats possess unusual power and talent and seem certain to provide strength to the Clan for the next generation.

But there are dark secrets around the three, and a mysterious prophecy hints at trouble to come. An undercurrent of rage is rising against those who are not Clan-born, and the warrior code is in danger of being washed away by a river of blood. All the young cats' strength will be needed if the Clans are to survive.

"Action packed. Certain to please any young reader who has ever wondered what dreams of grandeur may haunt the family cat."[9]

"The popular Warriors fictional empire continues unabated, with the Power of Three series now beginning after the end of the New Prophecy series. It takes more than four pages to list the clans, their members, and various allegiances in Hunter's remarkably complex fictional world, but this tale focuses on three kits—Hollypaw, Jaypaw and Lionpaw, offspring of two strong members of the Thunderclan. Each kit has a special strength or talent (and in one case, a disability), and each must struggle to find and fulfill its destiny. As in previous books, personal tensions are juxtaposed against dangers from the outside. Plenty of action and solid characterizations make this an enticing choice for fans of the long-running enterprise."[10]

It is revealed that StarClan, through Skywatcher, has sent Firestar a prophecy that he has kept secret for several seasons: "There will be three, kin of your kin, who hold the power of the stars in their paws." Firestar realizes that that the three kits of Squirrelflight, his daughter, and his deputy and former apprentice, Brambleclaw, are the three prophesied cats.

Jaypaw, one of the three kits, is blind, and longs to become a great warrior. Hollypaw becomes Leafpool's apprentice because she thinks she can become more important to her Clan as a medicine cat. Their brother, Lionpaw, also starts his training to become a ThunderClan warrior. After a while, Hollypaw soon discovers that being a medicine cat is incredibly hard and she is not cut out for it, and that she would rather become a warrior. The day that she renounces her training is the same day that Jaypaw becomes a medicine cat apprentice instead, since he learned that it was his destiny from a dream with StarClan. Jaypaw does not enjoy being a medicine cat; he would much rather be a warrior, but he values himself useless as a warrior.

In a dream, Jaypaw travels to the realms of StarClan and realizes that he can see (in the dream world only). He soon meets Spottedleaf, who tells him he has a wonderful gift. The gift is that Jaypaw can travel into others' dreams, and that he can sense the deep feelings of others.

In another dream, he wanders through StarClan and crosses the border to the Place of No Stars. There he finds Tigerstar and Hawkfrost waiting for him. They tell him that they can teach him to fight despite his blindness. As he talks to them, he realizes that he cannot sense their thoughts. Spottedleaf comes and interferes with the conversation between Tigerstar and Jaypaw and tells him to never go there again.

During a Gathering, Lionpaw meets Crowfeather's apprentice, Heatherpaw, and develops a liking for her. Mousepaw is also shown to like the RiverClan apprentice, Minnowpaw. In the middle of the Gathering, Graystripe returns to the Clans, meeting them on the island. With him is Millie, a former kittypet and Graystripe's new mate. Graystripe is welcomed back by cats from all of the Clans. He and Millie return to ThunderClan, but Firestar keeps Brambleclaw for his deputy, because Leafpool told him he must use his head, and not his heart. Graystripe also added that the journey to the Clans had made him too tired to resume his deputy duties.

At the next Gathering, Littlecloud announces that he has had a dream, saying that a cat had brought a strange new bird into the camp, and when he bit into it, its stomach was covered in maggots. Blackstar proceeds to accuse Firestar of causing StarClan's anger at them, and that because of that, they had had a difficult leaf-bare. To calm down the watching cats, Squirrelflight shares an idea: to have a special Gathering, just once. All four Clans would meet in ThunderClan territory during the day, at sunhigh. Each Clan would have their apprentices compete in different contests; tree climbing, hunting, and fighting. Whichever Clans' apprentice won would pick the prey from the fresh-kill pile first.

Jaypaw, upset that he can't compete, stays behind at the camp. While he is sitting in the medicine cat's den, he has a vision, where someone is choking on earth, and he smells the mingled scents of a badger and a fox. He is scrabbling desperately with his paws, and realizes that he is seeing through Lionpaw's eyes. It turns out that, while competing in the hunting category, Lionpaw and Breezepaw fell into a collapsing badger set. Luckily, Jaypaw got there in time to save them along with Crowfeather. The leaders decide that since every Clan won at something, there would be a tie - no Clan would win. However, Heatherpaw got to pick the fattest rabbit from WindClan; she climbed to the top of the Sky Oak. Owlpaw won from ShadowClan; he was the best hunter. Pouncepaw got to choose the best fish from RiverClan; she caught the most fish. Hollypaw got first pick from ThunderClan; she was the best fighter. Jaypaw receives a mention because he saved Lionpaw and Breezepaw.

Concluding the novel, Jaypaw finally learns through Firestar's dream of StarClan's prophecy: There will be three, kin of your kin, who hold the power of the stars in their paws. He thinks: One day we will be so powerful that we shall command even StarClan!

A compiled list of the errors present in The Sight can be found here. 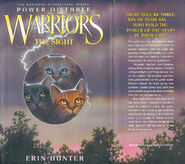 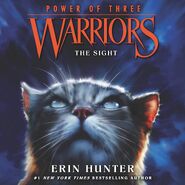 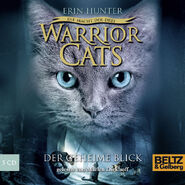 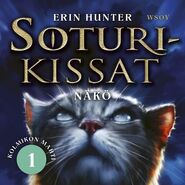 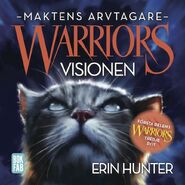