View source
watch 02:56
Doctor Strange in The Multiverse o Madness - The Loop
Do you like this video?
Play Sound

Step inside the Warriors world with the ultimate guide to the cats and Clans.

Warriors: The Ultimate Guide[5] is the sixth book in the Field Guides.

Step inside the Warriors world with the ultimate guide to the cats and Clans.

Following the format of Cats of the Clans, this book features most of the cats mentioned there, alongside many new ones. All of them feature updated biographies, and some of them have even undergone changes in their artwork.

The book tells a story of each Clan and various cats from those Clans. It describes major events in the cats' lives as well as why the cat is special and the reasons behind the events. It doesn't give a bias, but makes suggestions as to different destinies to some characters if an event had not happened.

Most of the book is of the narrator telling the stories in first-person view, however Bramblestar's Nine Lives: The Return of the Heroes and Tigerstar's Nine Lives: StarClan Makes Its Choice is narrated by the leaders receiving the nine lives. The Introduction is one page long, and each Clan introduction is two pages long. This is followed by two or three pages on a cat (or group of cats) that first features a full-color illustration then a descriptive text for the remainder.

The Clans and the cats described in the book are as follows:

Teller of the Pointed Stones; Brook Where Small Fish Swim and Stormfur; Crag Where Eagles Nest.

Animals Outside the Clans: 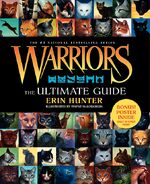