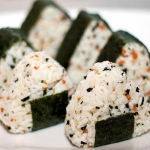 Well hello welcome to Starclan I am Flamestream The former Thunderclan medicine cat. Its odd that cats would take their time to learn about me. Well if you want to i'll tell you my story.

My mother was Dovewing and my Father was Bumblestripe. Almost as soon as I was a medicine cat apprentice Dovewing came in and said that she had been coughing lately.

As me and my mentor Jayfeather learned more we found out she had a terrible case of greencough. Before my eyes there was Dovewing in the paws of starclan. Bumblestripe was very sad to hear this.

Soon enough I completed my training as a medicine cat and earned the name Flamestream. Jayfeather still treated me like an apprentice though. 5 Moons later Jayfeather decided to Join the elders and I Became thunderclan's only medicine cat. But that was not for long. I soon got an apprentice named Foxpaw. She was a ginger She cat with a white mouth and paws with black ears.

I never liked the part of the warrior code that medicine cats can not have a mate or kits. There was a cat named Darkhide that once loved me. He said that he wanted to be deputy and if I were his mate that could never happen. Soon another cat came named Whitefeather this time he was the right cat. We met in secret at the abandoned twoleg place.

One day badgers attacked our camp. Bramblestar lost his 8th life and his mate

Squirrelflight died of wounds. The medicine cat den was stocked of hurt cats. Terror was spread all throughout our camp. at moon high Darkhide was announced deputy. Then just Then I felt my kits kicking the inside of my belly. I ran to Bramblestar to give up my medicine cat position and gave Foxpaw her medicine cat name which was Foxpelt.

About a moon later I gave birth to my kits. I Named them Cometkit, Amurkit, Fallkit and well... There was one other I named Oakit that was born dead. Whitefeather was their father. He played with my kits a lot. Oh I do miss those times.

Before I knew it my kits were apprentices. On the day of their apprentice ceremony a battle happened 2 cats died Bramblestar, and my sister Woodfur. My mate Whitefeather came in and told me that he was sorry that my sister died and that she died a death of great loyalty.I also gave Foxpaw her medicine cat name which was Foxpelt. She then went to the moonpool with Darkhide

the weeds when I suddenly felt claws raking through my back, as I turned around I saw my own daughter Fallpaw pinning me to the ground. She told me that if I do not tell Darkstar that she will become a warrior in the next moon I would be drowned in the lake. She let me go and ran off. I never did tell Darkstar.

A moon later I was at a gathering scared out of my pelt. It was a moon after

Fallpaw made the threat.Then I saw the black and orange paw of fallpaw push me into the lake.That was all I could remember. I woke up to Cometpaw dragging my body to camp. I told him that it was ok and he did not need to try and keep me alive. asked me who did it to me and I sadly said it was Fallpaw. Then I let myself stop holding on to my life as I closed my eyes.

Although I am in starclan ever day I come and watch my mate to make sure he is safe. Oh what about Fallpaw you say. Well later on after I died a patrol found her trying to kill the clan deputy. Darkstar exiled her out of the clan. She became a rouge and found a mate. While she was kitting she lost too much blood and died. When she died she went to the dark forest. Well you should be of its nearly sundown and you look like you need a good rest goodnight!

Thank you for doing my userpage.

I do take charart requests now but they have no shading

Rank:(no prey hunters because for some reason whenever i do prey hunter it always shws up in greyscale)

I also do siggie requests now

opinions on other cats names

Billystorm - him, frecklepaw, macgyver, and other daylight warriors all have weird names

Harrykit - I think of it like harry potter kit

Fuzzypelt - "Its sooo fluffy"- Agnes from despicable me

Retrieved from "https://warriors.fandom.com/wiki/User:Amazingwhiteclaw?oldid=910769"
Community content is available under CC-BY-SA unless otherwise noted.