Plese be aware that Artimas will be on here less as she is currently working more on Warriors Fanfiction. Thank you. All messages should be left in my talk page. I will be on here though, just not as often.

Hello!  I am  a Warrior (Duh).  As a warrior my name is Bramblepath and I'm a lot like Feathertail (my favorite charecter!).  I have a little sister named Spottedkit and a mate named Brighttalon.  I'm a young warrior but one day I will be Clan leader of ThunderClan.  My best friend is Leopardheart.  My B.F.F. Scartalon  <sob> sadly moved to RiverClan. .

I love warriors and Star Wars and the New Prophecy is the best!  The Clone Wars is also amazing!  Feathertail and Bluestar are the best cats ever and Feathertail and Crowpaw are the best couple ever! (Leafpool and Nightcloud can go jump off a cliff!).  I love mentoring apprentices and have one named Dusksky. I will have kits with a cat named Brighttalon and their names will be Dawnkit, Moonkt, Fadingkit, Dappledkit, and Shiningkit.  They will become Dawnsky, Moondapple, Fadinglight, Dappeledclearing, and Shiningcourage.  I will be killed by foxes and my Clan will mourn.  Dusksky my deputy will refuse to give up her warrior name and take on the name of a leader as a sign of respect.

My kits all had different paths.  Dawnsky will be the best warrior she can be and die soon after she was made a warrior because she was chasing RiverClan warriors in the rain, slid into the river, and the RiverClan cats watched as she was swept away.  Moondapple will become deputy under Dusksky and lives to the day.  Fadinglight will become a medicine cat but he will fall for another cat I created named Rainstorm.  Dappledclearing will fall in love with Barley on a mission back to the Old Forest.  And finally Shiningcourage will be a great warrior but be injured in a battle with ShadowClan.  She is recovering.

I love warriors and like to think of myself as an expert.  This websie is the perfect way to get all that knowledge out!  I love surfing this place and reading the articles.  It's fantastic!  I look forward to helping out with all the cats! Please leave stuff on my talk page!

Some Stuff About Me

Name- Artimas or Bramblepath. i have a real name but I'm not telling!

Where I live- Earth ( That's a lie. i'm really as martian from Saturn but don't tell the FBI! Deal?)

Feathertail- Sob! I love you!

Bluestar- You lost everything and you were so strong......

Silverstream- You shouldn't have died.....

Ivypaw- Your sibling always gets the best. I bet you turn to the Dark Forest though.

Dovepaw- Wow, your brain must be noisy.

Jaypaw- I'm half blind so I know what you feel.

Tawnypelt- Could you be any more sarcastic?

Honeyfern- Berrynose should have saved you and you should not have died.

Yellowfang- "I wish you were my son Fireheart..." SOB!!

Jingo- "Good bye Jingostar....." The lonliness of an unwanted leadership....

Onestar- This one is kinda weird but he didn't want to lead. and he had to make WindClan strong. He wanted to help ThunderClan but he had to walk alone even if it meant letting one of his best friends being left behind.....

Poppyfrost- I love your name and your'e great.

Sorreltail- You are so great! You just are!

Moonflower- I love you sooooooo much, you didn't deserve to die! "I'll be with you forever.."

Firestar- Too goody goody. I love you though!

Spottedleaf- You're in StarClan. You're nice and all but stay there! You're DEAD!

Mothwing- You are so brave and so cowardly and you are a medicine but don't believe in StarClan....???

Nightcloud- I pity you but I don't like you because you're not Feathertail.

Hollyleaf- You were great until you go crazy.

Brindleface- I like you but you ARE NOT SANDSTORM'S MOM!!!!!!!

Kestrelwing- You can be cute but at some point you need to STOP being so HAPPY!!!!!

Cats that I hate

LEAFPOOL- You are number one on my hitlist.

Nightstar- Too hostile, too old

Hawkfrost- You just scare me

Graypool- You wouldn't help kittens and you call yourself a med. cat??!!!

Purdy- Hi Purdy! (sniffs him) Uh..see you around (runs to nearest catnip patch)

Goosefeather- Your a phsyco. i mean it. Go away.

Hawkheart- I hate you! you killed Moonflower! DIE!!!

Worst Names in History of Ever

Loudbelly- Wow. Why'd his mom name him Loudkit.....and Leopardstar mus have a grudge against him to name him -belly...

Berrystumpytail- He deserves this name!

#1 Okay this is a shortish long rant about the evilness of Leafpool and the awesomeness of Feathertail. Leafpool is too dramatic, to goody good, to ANNOYING!!! She is so unstable and scared and selfish. She doesn't care about Crowfeather the way Feathertail did and she is so much more hurtfull about it. Nightcloud I don't mind as much because Crowfeather doesn't really love her and so I pity her but I'd rather she was Feathertail. Feathertail was prepared to die to save Crowfeather and she loved him so much it cost her the ultimate price. She was the only one who saw past his defensevness and sharp tongue and she found something to love and cherish. It broke Crowfeather apart to watch her die, for him. Feathertail protects Jayfeather and Lionblaze more then Leafpool does. She was able to appear before Bluestar because of her love for Crowfeather and saw his kits as her own. She would have continued seeing him no matter what and Leafpool tore the hole in his heart even bigger. Feathertail is the awesomest and she should have lived to have Crowfeather's kits and stay with him forever.

#2 Ok, a lot of people seem to think that names that don't make sense are bad. I totally disagree. A lot of the BEST names dopn't make sense but are great names anyways. Example: Briarlight- A briar can't make light.

So what? Great name Briarpaw! And I don't want to offend anyone but why does a name have to make sense? Shouldn't leaders be creative? How do we know that StarClan doesn't choose the names? Exactly. We don't. So that's my rant on name sensibility.

#3 I can't go a couple days without a new rant.^^ So this one is about cats taking on Clan names. For cats like Millie and Brook who don't take thier names, they are awesome. They stand up for what they believe in and keeping your name is NOT betraying your Clan. However for cats like Daisy who just sit around and eat the Clan's food, they should be driven away or forced to take a Clan name. But I think that if I were in anyone of those cats position I would keep my name. It is like when you get married, why should the girl take the guys name? It doesn't matter because they are untied no matter what name is what. People who think that keeping your name is betraying your Clan, I seriously think that you are wrong. No offense.

These are the charecters I've nominated for PC!

File:Spottedkit.png.PNG Spottedkit(K)   This is my baby sisters charecter.  Isn't she adorable?

My Thoughts on other Users

Bramble- She's so nice and always ready to answer the stupid questions I ask her without getting mad. She is so dedicated. She deserves a ton of respect and I hope she has 9 healthy lifes!

Sandy- She's always focused and she gets things done. A great deputy.

Bluestar- She helped me so much when I was new to the PCA and she's so nice.

Maplefern- Helped me with my siggy and is always nice and helpful. Thanks!

Firepelt- I like how they always write with a cat move in the sentence *Dips head in respect* (Sorry, i wrote your name wrong before!)

Insanular- A GREAT user!!! She's always busy and she has so many funny comments on her talkpage.

Ashshadow- Always lending a hand and their so devoted to the PCA. Nice job! My BFF!

Ponygirl5-She's never around but she's my sister. Also known as Spottedkit.

Pebbleshine- A great user and friend. She's also on my other wiki, Ponie and Horses Wiki.

Icestorm- One of the nicest people here on this wiki. I didn't know her that well but now I am glad that I do.

Waitingforspring- A very dedicated user...I wonder what happens to his user name when spring is here... ^^

Skyfeather- Very helpful and paitent to me on the PC.

If you want to be on here, leave me a message!

Feathertail and Crowfeather- You are the BEST and so sad and Feathertail should never have died. For more info see my little rant.

Bluestar and Oakheart- "'Let him go' Bluefur knew she was begging for Thistleclaw to release Oakheart but the words echoed in her heart Let him go. " SOB!!!!!!

Firestar and Sandstorm- Sandstorm is the bestest!

Dovepaw and Tigerheart- I know its not a real couple yet but they go good to gether and I think she could stop him from going to the Dark Forest.

Graystripe and Silverstream- Poor poor both of you.

Sasha and Tigerstar- Sasha could see past his evilness and loved him. Sadly he didn't love her enough.

Redtail and Goldenflower- Behold the true parents of Sandstorm!!!!

Leopardstar and Whiteclaw- She practically stalked Graystripe for revenge of his death. Sweet, in a creepy kinda way....

Sandstorm and Scourge- Some of you think this happened??!!

Nightcloud and Crowfeather- I pity Nightcloud but I wish she was Feathertail.

Goldenflower and Tigerstar- She still loves her kits and defends them against the others prejudice.

Brambleclaw and Squirrelflight- For cryin out loud just GET BACK TOGETHER!!!!

Graystripe and Millie- Millie is ok. Silvertream is better but Millie isn't bad.

Ferncloud and Dustpelt- Ferncloud is awesome and she is to gentle to be a warrior. That's not her fault. Plus its sweet how all of the sudden Dustpelt is just like, "I think I'm in love with Fernpaw"

Snowfur and Thistleclaw- Thistleclaw I HATE but Snowfur..I get her veiw. I talk about the guy I like to my friends all the time and they wish I would just shut up.

Daisy and Cloudtail- HE HAS A MATE YOU LITTLE......

Daisy and Spiderleg- If you didn't want kits then why did you have them Spiderleg??????

Squirrelflight and Ashfur- Live and let live. I get your heartbroken and all but still!

Hollyleaf and Breezepelt- Horrible. Even without them being related its horrible. When their related it is sick and wrong.

Who Want to Be a Friend??

You guys are all great!

Um...I dont have an acount yet, but soon I will! Your awesome! Can I be your friend, please??? -Comettail

Hi! Im Frostheart. Although I don't really agree with all your thoughts of the characters, you seem really nice and I wanna be your friend! :] FrostHeart 00:52, May 22, 2010 (UTC)

Hi! I agree with a lot of your opinions and stuff! Cool! (I feel sorry for Leafpool but..your right. Feathertail was the best one for Crowfeather) :-) Heartsky Follow your heart 14:02, July 31, 2010 (UTC) 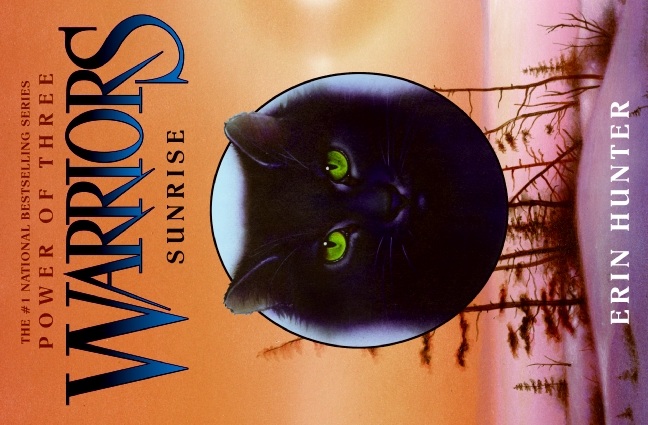 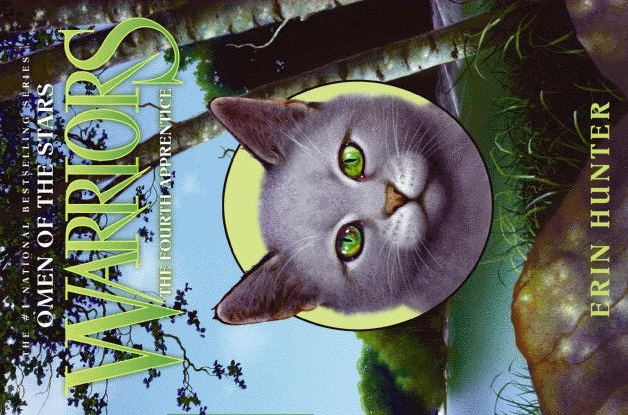 Other Wikis I'm On

Warriors Wiki- No...I'm not on this website at all......*Rolls eyes sarcastically*

My Clan Wiki- This is a wiki I made for my own cats. It's not done yet but I'm working on it.

Ponie and Horses Wiki- This is a wiki I made for ponygirl5, my sis. Come become members. It sucks when there's only 3 people. Thank you Pebble for joining!

Wikipedia- This really helps on reports and stuff.

Warrior Fanfic wiki- Pebbleshine introduced me to this one. Thanks, I mean to get on it soon. Stupid time, why must a day be only 24 hours?

Retrieved from "https://warriors.fandom.com/wiki/User:Artimas_Hunter?oldid=810512"
Community content is available under CC-BY-SA unless otherwise noted.