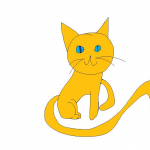 aka Bright, Brighty, or Brooklyn

USERPAGE IS UNDER CONSTRUCTION!!! PLEASE IGNORE IT'S HORRIBLENESS!

Current: Bright ♫Dance your heart out♫ Past:

Just letting you kitties know, I put this in alphabetical order, so not in order of awesomeness. You're all wonderful~

Bluestar-Bluestar is awesome! I loved her as a warrior and I felt like crying when she gave up her kittens. I also loved crazy Bluestar! o_o WHY DID SHE HAVE TO DIE!!!??? WHY!? :'(

Bramblestar-He's pretty cool and all, but he shouldn't have trained in the Dark Forest or he might have joined it when he dies. I loved him as leader, and I can't wait for Bramblestar's Storm to come out. He sort of lost his awesomeness in The Power of Three Arc, though. :P

Cloudstar-I love his pelt, and he was a good leader and I love his kits, even though they bear a resemblance to cats I don't like (Tigerstar and Spottedleaf).

Crookedstar-HIs jaw looks cool, and he was an awesome leader to RiverClan. I loved how he never gave up, despite his injuries. *grins* I also ♥ Silverstream!

Dovewing-Fluffy!!!!! She's awesome, and I love all of the three. I really hope she has kits, because I'll absolutely LOVE them. More than ANYTHING. Even all of my favorite characters combined. I also love her personality.

Feathertail-She was so nice and kind. Why did she have to die, WHY?! I hate Sharptooth so much! I think she would make a cute couple with Crowfeather, but little mountain lion ruined it all! D:

Firestar-First, his pelt looks cool. It looks like flames. :3 Also, he saved ThunderClan, my favorite Clan. But I think he lived WAY to long. I also liked him better when he was FireHEART. He was kinda...weird at the end.

Flametail-I LOVE him because he's Tawnypelt's kit, after all. I think his death is unfair, first, because I think ShadowClan needs a second medicine cat because they like, always get sick. And second of all; IT WAS SO DAMN TERRIBLE OF WEIRDO WARRIOR CATS TO KILL HIM WHILE PLAYING...HOCKEY!!!

Gray Wing-He's pretty cool, and I liked him as the main character of The Sun Trail and part of Thunder Rising. I think you and Tutrtle Tail would make a cute couple, to.

Graystripe-He is OLD! I also like fluffy pelt. I wanna pinch his booty right now.
Retrieved from "https://warriors.fandom.com/wiki/User:Brightpool?oldid=869585"
Community content is available under CC-BY-SA unless otherwise noted.