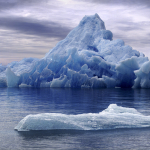 He started to read Warriors series in '15. [6] Since then he has been visiting Warriors Wiki to check some news, and he loves to read some of the the trivia.

At the beginning of '16, he decided that he couldn't stand the crappy format of infoboxes on mobile devices; then he managed to fix them up. Now the formatting problem no longer exists.

He was inspred when editing Warriors translations, and personally started a translation plan, aiming to collect translations of book names, character names, etc. of Warriors. The homepage of the plan is User:CXuesong/Translations.

As he started to build another wiki site outside wikia, he found a way to gather translations via interwiki language links, which, however, might render such a translation plan useless, because readers can get anywhere simply by these language links at the bottom of the page.

Now he's gathering the interwiki links with the help of a bot, and may sporadically fix some links according to the warnings of the bot, so that every time when he was updating such language links, it would be collected correctly.

Retrieved from "https://warriors.fandom.com/wiki/User:CXuesong?oldid=1285972"
Community content is available under CC-BY-SA unless otherwise noted.