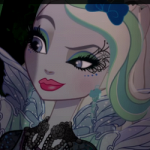 Hello! My name's Graycloud, but you can call me Gray. I'm not a really active user on this wiki, but I try to be as active as I can.

It takes more than a title to make a princess!

Stella in Back to Solaria

Oh, so you'll be quiet from now on? Good.

"It's okay, Leafpool. I don't mind. I'm glad I came back to ThunderClan. I couldn't bear to... to leave without getting to know my mother."

Hollyleaf in to Leafpool in The Last Hope

Out of all the worst things that could happen, this is the! Worst! Possible! Thing!

"The only true borders lie between day and night, between life and death, between hope and loss."

Brambleberry in The Last Hope

"There can only be one princess in Equestria! And that princess... will be me!"

"Luna? I am Nightmare Moon! I have but one royal duty now... To destroy YOU!"

Retrieved from "https://warriors.fandom.com/wiki/User:Graycloud2?oldid=890756"
Community content is available under CC-BY-SA unless otherwise noted.