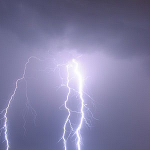 7,580 Edits since joining this wiki
May 3, 2009
Touch me, and that hand will never touch anything again

Lorem ipsum dolor sit amet. The essence of humanity lies in transgressing the boundaries that make us human. Essentially, keep fighting even though you know you cannot win. A raven is like a writing desk. But why? Why is what separates us from them, me from you. Why is the only real power in the universe. Lewis Carroll answered it. The answer to the question is in the question itself, and that is what a question is.

If you're reading this, you're probably not a leimadophis epinephelus, so stay away.

An elevator is a lift without a sideways life. Transgressing transparencies, traveling through the timorous tinctures tomorrow to take the tchotchkes that terrify. That is not a lie, but that does not qualify it as a truth.

Truth is a truth, and a lie is a lie, but what if a truth lies about a lie telling the truth? Then a truth is a lie, and that is a contradiction. Are contradictions going to kill us all? Therein lies the rub. Boom. Go away, che.

Nonsense. Apple pies. An entirely guilty ziggurat. All just the same, confused and twisted inside a myriad of miraculous meanings, that miraculously, make no sense.

See you later, alligator. After a while, crocodile. Don't forget to write. Insanity was not always insane. Sanity is merely insanity put to good uses.

Conclusively, a conclusion might not conclude, just as an interruption might not interrupt. Basic principles of the science of those who study the magic of magically non magical people.

And that is the truth. Of course, it is also all a lie.

Everything begins with choice.

Retrieved from "https://warriors.fandom.com/wiki/User:Grayravenpaw?oldid=807969"
Community content is available under CC-BY-SA unless otherwise noted.