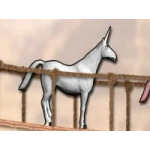 (Number one is supposed to be ten.)

Silverstream- You died WAY to early.

My Opinions On Cats

Firestar- He's too "goody two-shoes", and he chose Sandstorm!!

Brambleclaw- I don't want him! BOO BRAMBLESTAR!!! I want either Graystar, Sandstar, Cloudstar, or Brightstar.

Jayfeather- you can just see an annoyed teenager in him, can't you?

(Yes, I am doing the Fading Echoes alliances.)

Millie- She's okay. I would've liked her warrior name to be Moonheart.

Dustpelt- Why shall you disagree with your leader?

Blossomfall- You brat!! Ivypaw is sweet, and your assesment was to do hunting in pairs.

Bumblestripe- What's up with the "B's"?

Adderkit- I've just heard of you in Cats of the Clans.

SabortoothHoney, will you get the paper for me?

Retrieved from "https://warriors.fandom.com/wiki/User:Iscrump?oldid=1188996"
Community content is available under CC-BY-SA unless otherwise noted.