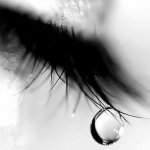 Hi! I'm Morning Skye (Formerly WarriorCatGeek. I know it was nerdy -_-.) You can call me Skye or any other combination you can make up. I'm a teenage girl with dirty blonde hair and greens eyes and my real name is Nicole or Nikki, but I would rather you call me Skye. My favorite cat is Sparrow Fur and I HATE One Eye.I have a young tom-cat named Axl (He isn't even one yet. So cute :D) he is ginger and white with a one ginger toe and a ginger chin and he was beautiful brown eyes. Look up golden fall leaves and that's what they look like. I have a sister who is 10 years old and is young and annoying...but I love her <3

The story behind my name...

Wondering how I got Morning Skye? No not from a generator. Not from my head, but from my two cousins.

A few years ago, I was at school when the school's office told me that my mom needed to talk to me. I got worried, but then excited because I thought I was going home early. I walked into the office and they handed me tissues and I had no clue what to expect. My best friend's mom works at the office, so it wasn't that awkward. I was handed the phone and I was told my cousins got by car. I have only four cousins, so I'm really close to all of them. I get picked up and we head to the hospital to see them and I figure out that the older cousin, Kyle (He was 14 at the time), and the younger, Maddox (He was 10 at the time), were heading to the bus stop when a car didn't see them and was about to hit Maddox but Kyle pushed Maddox out of the way and he took the damage (He was hit 3 feet from where he was standing before) and he broke his skull and he had two days of memory loss. It happened in the morning and I look at that day as the day Kyle saved Maddox (Kyle and Maddox survived everything), and that's where Morning comes from.

Everyone in my family plays hockey. Hockey is a fun and dangerous sport, and this is when it becomes dangerous. My cousin, Joey (Who is 16), he has in the middle of a hockey game when he was checked into a board. He collasped to the ground with a bad head ache and not being able to move. He went to the hospital and he had a concusiona dn had 18 hours of memory loss, not evben remembering he had a concusion. He read Warrior Cats and helovedClear Sky, which gave me the thought of adding Sky. I decided to say Skye -with an e- because he would refer to Clear Sky as Skye,

Retrieved from "https://warriors.fandom.com/wiki/User:Morning_Skye?oldid=948961"
Community content is available under CC-BY-SA unless otherwise noted.