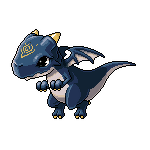 How I got into Warriors:

My friend's sister, who is now my friend, got me into warriors because she couldn't see her warriors friend anymore. My friend quit Ninjitsu for another activity and her friend lives far away. She knew that I loved cats and probably knew that I liked books that are in a series. Now I'm proud to say that I'm ahead of her in Warriors haha!

Where I'm at in Warriors:

So far I've read and own every single book except for the Omen of the Stars series. But I spoil myself very easily =P, because I'm so much into it!

Why do I call myself Orangelight?

Because I've earned the nickname Lighthouse, since my red hair shines in the light and because I am tall. I reverted it into nature-like and thought of Orangelight. You can figure the rest out by yourself.

I have once create a whole list of warriors using my family, friends and cats. But I stopped because creating a family tree and "apprentice tree" was to complicated for me =O.

Cats I have owned:

Zeus and Aries when I was a baby. My father said they got eaten by coyotes, but I can hardly belive it.

Tiger when I was young. My first cat I have memories of. I regret pulling his tail for attention even if I didn't know any better... My parents got rid of him because of his flea problem.

Angel (current). I'd say angel is what got me into cats. I used to be a dog person even if I never owned one. And Mice used to be my favorite animal(now it is penguins)! I probably got her because I thought she would be alone since her brother was being bought at the time. But when my dad and I got home, She was a devil. She'd hide behind the fridge and couches, under the bed and sometimes in the Utility room! I even gave her the nickname Zoom for running away a lot! Sometimes she accidentally got stuck outside for a night... (shes in indoor cat by her own desision). One of my neighbors owned a cat that always layed outside and when angel was outside, she'd rest with him. But this cat passed away and Angel lived her average life. Years later she got a bit more friendly, and I got new neighbors who owned two cats who both went outside. but she didn't like them at all, like mostly anyone else. Months later, My dad and I thought we should get another cat for Angel, so she could be even more friendly. This cat was-

Georgio. This cat was a very young stray found by a coworker of my dad. He was a total outdoor cat. His fur reminded me of my hair because of the feel and the color (in cat ways). He was also VERY friendly, a bit too friendly... When he was lazy, He'd plop down like a lion! Angel became a lot more friendy with him around.Georgio used to play with the new neighbor's cats and went hunting a lot. this cat loved to explore... From the end of my driveway to the street, from behind my backyard. But one day, when I was at summer camp, he got ran over... From a busy street next to mine. I've only had him for a few months...

Cookie (current). My new neighbor got divorsed and the ex wife left, which meant her cat left too. Angel and the the neighbor's cat both needed another cat around so we both decide to get cats. We go to the same pet store together and I spotted a long-haired tom whose golden-colored pelt reminded me of Georgio. But my neighbor picked him so I chose a different cat. A white cat with a few black splotches. I wanted to name her Oreo, but that sounded like a boy name and Orea sounded weird. So I named her Cookie. She and the golden tom, Busquet, were playmates. He'd always show up at the door to play with her! Cookie would also play with Angel, chasing her and hug-bitting her. Angel got used to it. She lost some weight and whenever she tried to play back, she would accidentally have her claws unsheathed. Cookie hated Besquet's denmate, cause he wasn't very nice, kind of like Angel, She would back away fom him when he was near Besquet too. Cookie has caught a few birds in her life and she is very smart! She knows to get away from cars, she likes to drink out of the sink, and she's also friendly! About a year go or so The new neighbor moved so her playmate was gone. But that didn't stop her from playing outside!---☀Orangelight says hello 08:40, July 6, 2010 (UTC)

Retrieved from "https://warriors.fandom.com/wiki/User:Orangelight?oldid=272466"
Community content is available under CC-BY-SA unless otherwise noted.