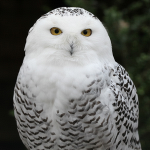 aka i finally changed my pfp

I love Brackenfur and Thornclaw, and Sorreltail is pretty awesome too. My favorite ship is Sorkenfur (Sorreltail x Brackenfur). I have read The Prophecies Begin series, the New Prophecy series, the Power of Three series, the Omen of the Stars series, the Dawn of the Clans series, the A Vision of Shadows series, Lost Stars, The Silent Thaw, and a lot of novellas and Super Editions I won't bother listing here.

I love the books Bluestar's Prophecy, The Darkest Hour, and Sunset.

My favorite Clan is RiverClan (WindClan a close second).

NOTICE: PLEASE DON'T SPOIL PATH OF A WARRIOR FOR ME!

Sand x Fire: Sandstorm and Firestar are meant for each other

Gray Wing x Slate: They just got along well :)

Crow x Leaf: Nah, Crowfeather was totally in love with Feathertail and not Leafpool. Again, I think he'd choose Feathertail in StarClan. Also, look at all the problems it caused...

Fire x Spotted: Nope. In Firestar's Quest, Firestar literally said that he loved Sandstorm and no one else. Also, Spottedleaf is a medicine cat and (Spottedleaf's Heart spoilers) she learned her lesson from Thistleclaw.

Fire x Cinder: They are just friends. Good friends, but they wouldn't work as a ship. Also, *ahem* *ahem* CINDERPELT IS A MEDICINE CAT

Bright x Cloud: They really love each other, and I think it's really kind of Cloudtail to care for Brightheart as much as he does, even when every other cat felt weird about her after she was injured by the dogs.

Retrieved from "https://warriors.fandom.com/wiki/User:Qibli77?oldid=1447662"
Community content is available under CC-BY-SA unless otherwise noted.