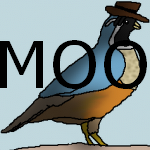 I do play sports, unlike many of you know. I play football and I used to play basketball. In basketball I got MVP and I was defense. In football I´m center or left tackle and halfback. I´ve gotten MVP three times. In football I´ve broken three bones, (arm left and right and toe) gotten three concussions, six neck spasms, (sounds like nothing but you can´t move your neck for two weeks) three torn ligaments, one scar, I´ve given two concussions, and I´ve broken eighteen bones. I´m a five foot eight girl who weighs 130 pounds. All of the other football teams are scared of me, even though I´m a girl. I´m one of the reasons our team won the campionship everytime since I got there. And also because of our amazing defense, and our amazing QB, my boyfriend Avery. The best touchdown I ever got was when everybody else was flanked and I was open. Avery threw it to me but this huge guy came after me. I ran for about 20 yards and then one of the tackle guys got him. I ran the extra ten yards for a touchdown, getting us the victory in the championship. If you´re good at football and you´re a girl go for it. The boys will make fun of you at first but you got to work hard. You´ll work harder than them for a while, but then they´ll learn to respect you and let you go. If you really want to play you´ll put up with them. They try to hurt you, just punch them. One of the eighteen bones I´ve broken was my teammate´s. >:D

The family that lives in this house (in Brazil) thought of a way to "bond" So my aunt buys a giant bag of nummy Brazilian chocolate and then, one by one, we fight. It starts by weight and then once that person wins they get to sit out until there are more winners. Then those winners go against each other again by weight. And then the people who win those go against each other. Who ever wins get the bag of chocolate. And we do that every month. This month I won for the first time ever. It´s really hard. Here are the rules: No biting, no hair-pulling, nobody can get patched up until the match is over. (There´s a little "wrestling ring" down in the garage and we fight in there) Nobody can leave the ring, unless a tag team (once a year in December they have a tag team thing for money) Who ever gets out of the ring first or taps out looses. It´s basically a fight to the "death" for chocolate. But everybody has to do it, or else we don´t get food for two days. It started with "family bonding" but now it´s a real competition. But it´s fun. Sometimes people put money on people. I got one hundred and fifty dollars put on me to win. My cousin is now richer, and I now have a huge bag of chocolate. But it´s really hard. Once you win the first time the weight difference can be over fifty pounds. It´s so fun I love it! The person who I won against was my twenty two year old cousin. His hand is bandged up and bleeding but he got a hit to my head. My Aunt (a retired nurse) patches up people after the match. If somebody breaks a bone she has the right tools to help them. It´s been going on for about 15 years and nobody has gone to the hospital. Remember, there´s no padding or nothing, just fists. Last time I was here last December I participated in the one where you win two hundred dollars.I lost the second match to my uncle who has a mean knee. My cousin who was 15 at the time won against her dad when she jumped up and elbowed him in the back. It was hilarious.

Retrieved from "https://warriors.fandom.com/wiki/User:Sandstormrocks32?oldid=722270"
Community content is available under CC-BY-SA unless otherwise noted.