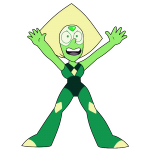 Hi, I am The Legendary Lion! I am a huge fan of warriors. I am also a huge fan of SU. Please join my Adventures in El dorado hills wiki if you like fandom (Note: that wiki I deleted).

Squirrelflight: She is one of my faves! I love her feisty attitude.

Leafpool: Yes, she may have broken the code, but I still love her!

Crowfeather: He saved Leafpool! They were so cute as a couple! If only Crowfeather hadn't mated with Nightcloud...

Fernsong: I can already tell he'll be one of my favorites in The apprentice's quest!

Sparkpaw: The image of Firestar! She's my favorite TAQ character.

Littlecloud: He's so adorable!!! He must have had such a cruel life under the leadership of Brokenstar  :(

Flametail: He was the apprentice of Littlecloud! Why did he have to die?  :(

Puddlepaw: I know, he's called Puddlekit, but that's obviously who he becomes, The apprentice of Littlecloud. Sooo cute!

Mothwing: I just adore her!

Snowbush: He has kits now? How adorable!

Mapleshade: I used to hate her, since she destroyed Crookedstar's life and all of that, but when I figured out how she turned evil, I felt so bad for her! Appledusk is the real traitor!

Needlepaw: I predict, that in the future, he will be Needlestar!

Berrynose: An annoying furball who is very funny!

Hollyleaf: I didn't like how she betrayed Leafpool, but when she tried to prove she was still loyal, I liked her again.

Ravenpaw: Awesome and adorable, you never give up, and will always lend a hand (or should I say paw)!

Blossomfall: Stop being so annoying!

Millie: I just wish she wasn't a whiner so much.

Hal: Not friendly at all.

Brokenstar: He killed way too many kits, and then cast out the elders!

Appledusk: Why did you take Mapleshade as your mate, then just abandon her? And it's your fault Mapleshade's evil. If none of this ever happened, then Crookedstar wouldn't have had such a terrible life!

Retrieved from "https://warriors.fandom.com/wiki/User:The_Legendary_Lion?oldid=1020743"
Community content is available under CC-BY-SA unless otherwise noted.