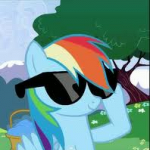 aka Beth, Glitter, and/or Glittereh

Hi there, kittypet. My name is Glitterpelt, and let me show you around camp. What? Oh, you want to hear about me? Okay, this may be long, I have quite a life! Anyways, I first started out in The Glitter Cat Tribe, but life didn't suit me there. I hate how the glitter itches my fur and Shining Mice and Sparkle Squirrels taste awful. So, me and my sister, Sparkleheart secretly escaped from the Tribe. I shared our secret with only one Glitter Cat, Shiningpool, my best friend. I escaped and became a rougue for a while, but then, I found RiverClan and decided to live there. However, Sparkleheart decided to go to ShadowClan. I would've gone with her, but...I soon became mates with Mintfur, a handsome RiverClan tom. Sparkleheart became mates with Smokefoot. We still saw each other during Gatherings, though! Sparkleheart gave birth to Smokefoot's kits; Whitekit (a white and brown tabby tom), Owlkit (a dark gray she-kit), and Plumkit (a black and white she-kit). They are feisty young ones, and I wished that I could have kittens, too! Soon, I had Mintfur's kits; Swankit (a white she-kit), Shiningkit (a gray and white she-kit with thin black tabby stripes), and Poolkit (a dark gray she-kit with white legs). I love all three of them, but the Glitter Cats still hold a special place in my heart. Pretty interesting story, eh? Oh no! Look at the sun! It's almost setting, so I'd better show you around the RiverClan camp quickly, because you need to get back to your Twolegs and I need to get back to my kits! User:Glitterpelt/Sig 16:18, November 16, 2013 (UTC)

File:~Glitter~.personal.png ~Glitter~ is a large, lithe, sleek light gray she-cat with broad shoulders, thick, soft fur, a scar behind one of her ears, a pale pink nose, thorn-sharp claws, a thick, fluffy, bushy tail, and wide, bright amber eyes. She also has several missing whiskers, torn out by a pack of rogues. That's also where the scar behind her ear came from.

Wildd~She is the best mentor ever! I mean, I couldn't really ask for a better one. She is very helpful to me with her amazing advice on chararts!

Ginger~Ginger is nice, funny, and awesome. Her and I got to know each other a bit on chat, but I haven't gotten a chance to talk to her because of homework and school. (Get me outta this prison!!!) and I absolutely thank her for choosing my new username, ~Glitter~!

Quote of the Day

NOTE: MY QUOTE OF THE DAY SECTION IS NOW CLOSED. I WILL TRY TO FIND AWESOME QUOTES AND MAKE A DOCUMENT ON MICROSOFT WORD WITH A HUGE LIST OF QUOTES. I AM CURRENTLY WORKING ON IT, SO JUST BE PATIENT AND THERE WILL BE AMAZING QUOTES. LIKE, REALLY AMAZING. EVEN BETTER THAN AMAZING. JUST YOU MUNCHKINS WAIT. THANKS FOR UNDERSTANDING, AND DO NOT MESSAGE ME ON MY TALK ABOUT THE QUOTES.

Retrieved from "https://warriors.fandom.com/wiki/User:%7EGlitter%7E?oldid=1285146"
Community content is available under CC-BY-SA unless otherwise noted.