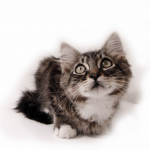 Welcome to my talk page. No attacking other users or myself. ^^

I have a problem with making a charart. When I tried to do color picker, it wouldn't show me any colors except black. Also, when I did color select it made it all fuzzy when I clicked it. Any help with that? Thistleflight (talk) 20:36, April 6, 2013 (UTC)

Ohey, I have a question. Could you put my name on the big blue box that says what chararts you're working on, and since I don't know much, put none for everything. I would want the user name on the side to say Flight, which is one of my nicknames. Also, would you mind making a siggie for me? Thistleflight (talk) 22:24, April 8, 2013 (UTC)

Yeah, I'm here. I'm not really on chat anymore unless I want to or have a question. I mainly browse around here (all the time). So, yeah, I'm actually on here most of the time, you just don't know it. Is there anything you need to tell me? Thistleflight (talk) 21:54, April 14, 2013 (UTC)

hi .thai i was looking at your tutorial and i added it to the tutorial catogory i hope u didnt mind i undid the edit because i wasnt sure if you wanted it or not sorry

Well, thank you, Thistle! I am actually hoping to work on texture and stuff like that, also shading on white-and-other coloured cats, because I don't want the shading on the coloured part too light. You can call me Hawky, since you're my mentor now! Thanks so much, ☽➸ Hawky Void Shadowshot 20:35, April 28, 2013 (UTC)

I use layers all the time, and for the shading I never blur it with the blur tool. I use guassian blur for everything. xD☽➸ Hawky Void Shadowshot 21:10, April 28, 2013 (UTC)

It does, indeed. xD

And I was also looking at your userpage, are you really tired of coding things? I love coding things! I can do gradients and stuff like that, so if you's like I can make you a gradient then give you the coding so you can just copy and paste it. Just let me know the colours and we're off! :D☽➸ Hawky Void Shadowshot 21:14, April 28, 2013 (UTC)

I think that there may be an issue with the "Charcat" template. It says, in the edit history, that I uploaded softpaw image of Falling Leaves, when I have no idea what on earth they are talking about. I don't want to feel like a vandal. x_x ☽➸ Hawky Void Shadowshot 17:45, May 11, 2013 (UTC)

Hey, Thistle. Um, I'm not sure if I read the guidelines properly (or if it even says it) but when do PCA apprentices become warriors?☽➸ Hawky Void Shadowshot 21:42, May 11, 2013 (UTC)

Sorry if the image's taking to long, but my GIMP is so slow and whenever I click the paintbrush it takes like, five minutes. Also, I have a question;am I allowed to vote for the queen blank artist? Because I like one of the choices very much. 8D Thistleflight (talk) 01:28, May 17, 2013 (UTC)

It has been a while since there have been any chararts to make. I've been bored to death. x.x But I've wanted to learn texture. Like, how to make the fur look like it's actually fur, and not just shaded colors. ☽➸ Hawky Void Shadowshot 22:05, May 26, 2013 (UTC)

Oh my gosh, thanks! But truly, there are some things that need to be changed on the tutorial page, like adding the  shading areas on the new linearts. -_- ☽➸ Hawky Void Shadowshot 23:46, May 26, 2013 (UTC)

It's okay.  It is boring without chararts being needed to make. Hurry up Tallstar's revenge! But eventually I will become a warrior. And you are not a bad mentor! :) ☽➸ Hawky Void Shadowshot 21:41, June 7, 2013 (UTC)

Hi Thistle! If you're wondering why I've been gone for a while, it's because I've been on a trip in Washington and Canada. And the image is almost done and it looks awesome! ^^ I've just finished eye color and ear pink so I'm basically done, but I've just got to do a few minor adjustments. So anyways, just dropping by to answer all your questions (if you had any xD). How are you doing?Thistleflight (talk) 22:36, June 17, 2013 (UTC)

My personal image keeps on having issues! *mauls personal pic* I wanted to change it to my new one, but my persoanl pic is now just a squished version of the old one. Do you by any chance know how to fix this?

OMG Thistle your charart on the Approval Page is incredibly gorgeous! Just dropping by to ask you about how you did your texture like that. ☽➸ Hawky Void Shadowshot 23:38, July 5, 2013 (UTC)

Just eye color cause the layer got deleted and it didn't look good in the first place. Also, when I tried uplosding it to WArriors Wiki, it kept sating XCF files arn't allowed and the charcat I'm making is Xcf. I'm supposing yours says that to since you use Gimp? Could you help me with thta? Thistleflight (talk) 16:41, August 5, 2013 (UTC)

This says it all.

I don't want to type it.

Waiittt scratch that image. I improved it. :3

Hey, Thai? You haven't responded to my image yet. ouo I just read your profile that you are taking a break, but I really don't wanna sound nosy, but it's been a huge amount of time. And that image sucks right there, look here and you'll see an epic charart~! Also, I hope you like my siggie~!♥ Thistleflight ♥

Retrieved from "https://warriors.fandom.com/wiki/User_talk:.Thai?oldid=863239"
Community content is available under CC-BY-SA unless otherwise noted.