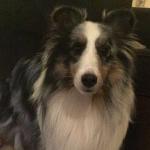 I have another question! I'm sorry for coming to you with it, but you seem certified enough to answer them. Okay. Should we change the official appearances of the cats based on what the books show as opposed to say? Because in The Ultimate Guide, a lot of the cats look either slightly or noticabley different. Foxfoot 01:49, June 21, 2014 (UTC)

Hello Bird! I got the message and thought about what you said and yes I would like you to show me how to cite. To me, it would be useful. I am sorry that I put uncited information. It's just that, like on Flametail's page, I put 'almost flame pelted' because that is what I have read about him in Long Shadows and a little in The Fourth Apprentice. I just put what I had read, but now that you have told me it was wrong, I will stop unless I am good and sure about what I am putting. Thanks for the notice! --Ivorysnow (talk) 01:08, June 25, 2014 (UTC)

Bird, I think you explained it real well. I understand it all and I promise to use it next it time I edit something... I promise!

Thanks.  I might want to join but that doesnt mean I will. I might join project charart because I love warriors and drawing, so charart might be good for me!

Yeah It probably was a bit longer than you intended but oh well!

Did Darkstripe ever feel lonely because he didnt have a mate?

I stole this from Birdpaw's talk page since I'm the one who typed it all out.
Congrats for becoming a Senior Warrior for PB, Birdqueen! We're all extremely glad you can now help out even more than you did before. As a SW of the project, you'll now be able to do the following:

Okay, I think I got everything. If you're still confused, or need help, go ahead and ask myself or the deputy, Birdpaw. and we'll be glad to help~! I tried to explain everything in detail, so I apologize for the long-winded message. ouo —Jayce  ( 14:59, 6/30/2014 )

Bird? You know when you click the Signature button and it puts your screen name, date, time...? Well, I have seen where people have designed theirs! Can you help me design mine please? (that is, if you know how) If you dont, thats ok. I can ask someone else. I was just wondering because some people, their signatures are really cool, like yours.

Thanks. I fixed it and I hope you like it!

Do you like it? I am trying it on this message:

Oh mygod. OMG! I am not making a new siggie. Forget it! You can help me please! I didnt mean to put Icethroat! HELP!

Hiya! First of all I wanted to say thanks for working so hard on the names page! Great job! It's almost ready to nominate for a silver grade in Project:World and since you helped so much, I was wondering if you'd like to be apart of the nomination. It'll be a collab nomination. Skye and I are already part of it and we'd love it if you could join too! -Ducksauce 15:35, July 1, 2014 (UTC)

Well, it used to be 24 hours, but I'm pretty lax about it. As of late, with activity levels lower (and me working insane hours- 70+ hours in two weeks is hellish), I'd say anywhere between 24 and 72 hours is ample enough time. It's really ultimately up to the discretion of the lead performing the CBV/CBA/ect, but it can never be lower than 24 hours unless pre-agreed upon. —Jayce  ( 03:32, 7/11/2014 )

This is glorious and really helpful. I'm gonna link that on PB's main page since that is, honest to goodness, one of the most helpful and detailed tutorials I've ever come across. —Jayce  ( 18:20, 7/24/2014 )

My practice sig is at the bottom of my talkpage. Can you look at it? I am still trying to figure out how to get User_Talk:~xXSpottedgorseXx~ in it.

Nope. I am so not making a siggie right now. I am going to relax and practice. It is very tricky for me right now.

Why was my message to you bright green?

Thanks. Once you fix it, will it happen again?

Ill check because I am on the computer. If it is still green, it doesnt matter. Ill just keep my original siggie. No fret.

You did fix it. No longer green, but I am not going to worry about siggies right now. Good job.

★Spotty Kittens ★Im So Fancy, but you already know!

Thanks I love it so much!

★Spotty Kittens★Im So Fancy, but you already know!

I am helping Breezey with his/her siggie.

Hey is it ok if I have a link to your user page in my siggie or no? My brother wants me to change it(I say and I quote, "I want something to more to my liking because I like cats but I HATE Warriors")

​No offense to those who either are addicted to Warriors, or those who just love cats and are reading Warriors just for fun!

Hey Bird. Can you mentor me with how to make chararts? I am having trouble with shading, blending, all that jazz. Help!

Yeah, sorry about that. Every time I try and do something, my internet seems to not work and it's only loading certain pages...and people have this habit irl of dragging me everywhere, so some of my edits are mobile- PB doesn't like mobile very well. lol —Jayce  ( 17:07, 10/4/2014 )

Yeah, I am, but my internet's pretty sketchy right now and half of the pages I try and edit don't load. If you want to archive it or something, I can repost it later- I got sidetracked when I was working on the cliffnotes and I've been meaning to get back to that. —Jayce  ( 20:35, 11/30/2014 )

Retrieved from "https://warriors.fandom.com/wiki/User_talk:Birdqueen102?oldid=1285148"
Community content is available under CC-BY-SA unless otherwise noted.