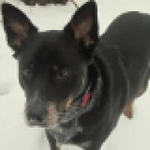 Archives: |1 I would like to remind you to please put join requests on the PCA talk page. You will get a much faster response.

I just wanted to let you know that there's a user on Deviantart who has uploaded your work as their own without your permission. You should probably contact them or the Deviantart Staff about it.

Markings: Oak brown ears, paws and tail tip, with darker patches along her back.

And what I look like changes daily, so I was wondering if you could go Wild (God, I'm SO not punny.) and do something random for me? The only thing I don't want is a pinky-tabby or any tabby with the "Y" stripes, because it looks veiny and odd to me. So, if you don't mind.... go nuts and do whatever you think suits my name =) THANK YOU =D --llwildheart™l 20:39, August 25, 2010 (UTC)

IS DUE TO BE APPROVED RIGHT THIS SECOND. Her 24 hours of CBA are up and I REALLY want to post my first charart ever, so as soon as she gets approved I can do that, and I think you're a lead on PCA so you can approve it, right? I'm sorry if I seem a little manic (I am) but I REALLY want to post my first charart up. So if you're online right now, could you approve her charart? Please? Thank you for your patience... --llwildheart™l 01:21, August 26, 2010 (UTC)

Hi, I saw that you're the person who did Twist's image and I was wondering about your method for torties like that. Could you show me how? It looks really nice, and I really want to learn how to do it. Thanks! Mossy ♫ go away. 09:13, August 29, 2010 (UTC)

Hi, Darkhallows! I saw that you did Yellowfang's MC charart and I'm currently trying to get her MCA charart approved. I was wondering about how you did the furry textured highlights. Any advice would be greatly appreciated! :) ScarletwindThe Uchiha's final Hope 19:22, October 2, 2010 (UTC)

What computer app. do your tutorials apply to?Cardinalfire My fluffy yellow cake!U

Hey no wories, i figured you just needed a friendly reminder :). And would you be so kind as to bombard Stoneteller with critiques so i can hurry up and get it approved? I want to do a ph. -❄ſceheart ♥ Blah blah 18:34, June 21, 2011 (UTC)

Iceheart and I were talking a few days ago about adding in former members. We were thinking that we should just add former members in a kits since the project has changed a lot lately unless they were warriors, then they could be re-added as warriors. What do you think?

One congratz on the new leadership

And two, can you put the guidelines i put here in place? We nee the extra help for Tweak week. I thought we could just have the senoir warrior and warrior nominations on the same page, if you disagree undo my edit. -❄ſceheart ♥ Blah blah 01:18, June 29, 2011 (UTC)

I wanna join charart but I can't because it won't let me leave a comment on the talk page...it says that I'm not allowed to edit. Can you either add me or see if it can be fixed somehow?

Could I join Project Character Art? I'd ask on the talk page, but it's locked down.

I wanted to know what your thoughts were on this small issue about PCA. Many images will got 24 hours or more without comments, and I don't think it's fair to not approve them unless they really need work. Scarletwind will be gone, and I don't know where Iceheart is, and with Crookedstar's Promise coming up, we'll need to approve/decline some images so there will be more space for the new ones. I just wanted to know your opinion, thanks. Mintstar This time for Africa! 04:13, July 4, 2011 (UTC)

I was wondering if it would be okay to tweak the leaders that are approved (Not for tweak week) so the ear pink filled the whole ear. Its wierd how some do and some dont. And also if the cat is black/grey and has a pibnk nose, could that be fixed? Its just minor changes and not really anything more than changing the eye colour, which is allowed. It would have just been to much waste to nominate them all for tweak week. -❄ſceheart ♥ Blah blah 02:10, July 13, 2011 (UTC)

Hi Darkhallows! I wanted to ask you how to become an apprentice! I've been a kit for a long time, since april. My friend told me I should ask you. Is there a special vote or something? Thank you! Moonstream 22:05, July 22, 2011 (UTC)

I've noticed a lot of people are redoing images that are only supposed to be tweaked. Ya i get it, it looks better sometimes, but its tweak week. If the image is in the tweaking category, it shouldnt be redone without a discussion. It just means more work and takes the chararts longer to be approved, which is a pain in the butt considering how many images still need to be done. I was wondering if there was anything we could do. I was thinking from now on any images redone that were only supposed to be tweaked should be declined, unless there is a general agreement from the leads that it needs to be redone. But you might think thats too harsh. I just wanted to know what your two cents on the problem was. Thanks, -❄ſceheart ♥ Blah blah 01:21, August 1, 2011 (UTC)

Hi, I was looking around, and I noticed Honeypaw (SC), and her sibilings: Birdpaw and Sandypaw do not have Charart's. I have no idea how to do them, and you are the ledaer so I thought I would inform you. From,

Squirrelflame quit the project a while ago, because her GIMP wasn't working, and she was busy. She was an apprentice then, with a charart up that was declined. So, since she already knows the rules and how to do charart, and even though she's not in the project, she still comments, do you think she could rejoin as an apprentice? It is kind of unfair, if you think of it, to have someone go down in ranking just because of computer problems. :PIceheart agrees that she should become an apprentice, so we just need your agreement.

Hello. I was discussing TW with Kitsufox and she made a suggestion that instead of having the main talk page in different sections for Discussion and art, have a seperate subpage for disscussion and (if i get my way) tweaked images. I can see the logic behind it, but i can also see a lot of missplaced join request and such. But honestly the more i think about it, the more i like the idea of having the subpages. What do you think? -❄ſceheart ♥ Blah blah 01:17, August 15, 2011 (UTC)

Okay you want to tell everyone? Ive changed so many things on PCA recently theyre probably sick of me changing stuff around. -❄ſceheart ♥ Blah blah 17:24, August 22, 2011 (UTC)

Okay another new thing im trying to force one evryone XD. ANyways, this one was acctually Scarletwind's idea, and i kinda jumped right on board. There are so many charart tutorials it rediculous, and she was thinking we could just make one big one that all the warriors and higher could edit. I think this is the best possible solution we could. Could i have the okay to start it up? -❄ſceheart ♥ Blah blah 00:54, August 23, 2011 (UTC)

Hi Darkhallows! So I'm a bit confuzzled about the RiverClan chararts. I always thought they were suppose to be long haired because on the RiverClan article, it says that all RiverClan cats are long haired and sleek. So what would you consider them to be? Thanks! :D Atelda insert vague subtext here 02:09, August 22, 2011 (UTC)

Me and Cloudy have noticed that a lot of the kits join, go inactive, a month goes around, and they come and badger the leads to make them an apprentice. I was thinking that leads would have the power to give and deny the right to an apprentice rank. Cloudy just agreed. What do you think. I think out of all the recent kits only Shellheart and BlueOrca have really earned their apprentice rank. What do you think? ScarletwindFairy Tail Mage 05:04, August 23, 2011 (UTC)

So the page will be extremely long, like every other PCA page. I really think this is the best thing to do with the massive amount of tutorials, or just stop letting people make them. -❄ſceheart ♥ Blah blah 03:20, August 24, 2011 (UTC)

There's a discussion going on on the project charart talk page about Leafpool. It's about whether or not she should get a queen image.

Personally, I agree that she should now that's she's actually been seen pregnant in the After Sunset: The Right Choice? story. And of Mapleshade is getting a queen image just for being mentioned as a queen once, so should Leafpool. What do you think? Shelly For a limited time only 16:58, August 27, 2011 (UTC)

Kitsufox told me to contact someone on the PCA so I will. I noticed that Moonflowers eyes in the picture are a dark amber instead of a pale yellow that is said in the description. I was just telling you so you knew. otherwise the picture looks great!

Can you make me a charat? Here is my info.

Can you make me a charat? Here is my info.

Hey Dark! Would you like to help with the tutorail? And if not, would you mind if we used your wonderful shading tecnique picture? -❄ſceheart ♥ Blah blah 01:36, September 15, 2011 (UTC)

Cloudy said that you could take her White Cat slot or you could have my Dual-Colored slot, since I've already done one. Which ever you'd like. Welcome back by the way. ScarletwindGo Beyond Plus Ultra!! 03:04, September 15, 2011 (UTC)

Just a little heads up

Me and Iceheart just wanted to tell you that next week, Iceheart will be gone from Monday until Friday and then I'll be away Wednesday until Friday. So you and Icy and Cloudy will be the only leads around, I hope that doesn't create a problem for you. ScarletwindGo Beyond Plus Ultra!! 03:24, September 18, 2011 (UTC)

Ohai Darky~ Scar and I decided to add you back in as a SW. However, it's entirely up to you whether or not you want to keep the rank, or become a warrior. Since you were the former leader (and a damn good one at that), we thought it would be fair if you rejoined as a SW. That okay with you? —Jayce  ( 21:21, 9/29/2012 )

Retrieved from "https://warriors.fandom.com/wiki/User_talk:Darkhallows?oldid=758225"
Community content is available under CC-BY-SA unless otherwise noted.