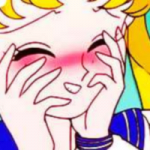 LEAVE MESSAGES UNDER A NEW HEADER BELOW THIS LINE.

NO TALK PAGE IS COMPLETE WITHOUT SPAM >=)

.♦Sorry... Needing a new sig!♦. .♦Info♦. Main Text: (Your name/nickname): Sunstream~ Colors: (What color do you want your sig to be?): Aqua (Sunstream) & White (Other text) Font: (Arial, Comic Sans, etc.): Fantasy Additional Text: (Is there anything else you want it to say?): Watching the Snow Fall Links: (What do you want the text to link to?):Sunstream to userpage, Other text to talk. Symbols: (Not required. Anything like stars, hearts, etc next to the text.) moons,snowflakes How you want it to look: (eg: Symbol to the left of the main text with additional text slightly higher than main text.) Moon, the name, then text, then snowflake Extras: (Anything extra you'd like, such as a background.) shadow behind words and symbols

Mrrow!http://i60.tinypic.com/wwki8i.png. I think there might be not enough stripes though... They look a bit far apart from each others. :P✫Silverpool on theDark side of the moon☽ 14:22, February 26, 2015 (UTC)

There~ I actually took my cat as a direct reference :P She's so pretty XD How about tortoise-shells next? They look quite interesting :D✫Silverpool on theDark side of the moon☽ 12:38, February 27, 2015 (UTC)

Oh no I forgot about the lineart features :PJust changed it✫Silverpool on theDark side of the moon☽ 13:27, February 27, 2015 (UTC)

Half of ear is missing

Hiya Gia, just dropping in to check up on how your doing on that assesment? Like before, take as much time as you need, but i do need to see something. I'd like to start your next lesson, and preferably after you've completed the assesment.~☯ Breeze Five Nights at Freddys 17:07, March 28, 2015 (UTC)

It's time for a new signature!

Colors: (What color do you want your sig to be?): dark blue

Additional Text: (Is there anything else you want it to say?): Unbreakable!

Links: (What do you want the text to link to?):Sunstream to userpage, Other text to talk.

Symbols: (Not required. Anything like stars, hearts, etc next to the text.) Moon

How you want it to look: (eg: Symbol to the left of the main text with additional text slightly higher than main text.) ~, then name, then moon, then text.

Extras: (Anything extra you'd like, such as a background.) shadow behind words and symbol (navy blue)

Thx i love her

Im the 1 who wanted the silver tabby - i know its been a while but can u plz add this?

Hi! I was wanting a signature!

Colors: (What color do you want your sig to be?): gray and yellow

Additional Text: (Is there anything else you want it to say?): Look on the bright side

Links: (What do you want the text to link to?): Whisperingnight to userpage and the other text to my talk page

Symbols: (Not required. Anything like stars, hearts, etc next to the text.) Moon and sun

How you want it to look: Moon then my name then the text, (all text is gray up to "bright" and then yellow) then sun

Extras: (Anything extra you'd like, such as a background.) Nope

Hey! 😃 Its ok without any shading, I don't want you to go to all the trouble of re doing it :)

Markings: Collar (Does this count as a marking?)

Alright, its been a couple months. I admit, i may have give you way too much- and i apologize. Just send me what you have done, and we can go ahead and start on [[Click to Continue > by QuickRef|your]] next lessons. Im very sorry for the inactivity in your mentoring- thats my fault. Ive had alot of tests and [[Click to Continue > by QuickRef|exams]] ive been having to study for, and i still have to. Ill be active on my phone everyday, so i can still reply and send you lessons. (Cant do joinme's right now, though.) Once thats out of the way, we can proceed with some lessons. For future planning- What exactly do you want to learn next? What are you having trouble on?

Also, i have been asked by another user to mentor them aswell, so if you have any [[Click to Continue > by QuickRef|problems]] with that, let me know, okay? Otherwise, you two will most likely have some joint-lessons together.~☯ Breeze Five Nights at Freddys 22:46, April 16, 2015 (UTC)

Damn, that actually looks great! Good job. I'd blur the shading a tad more, but other than that hes very handsome.

Okay, so i guess we'll start on shading techniques and mottled/flecked cats.

Okay, this is one of the most popular techniques. Basically, you draw your shading on as normal- but instead of blurring it, you'll smudge it with a hard-edged smudge tool on a rate of about 40-50. This gives the cat a more "furry" look if smudged in the right direction, and is less annoying to constantly tweak opposed to blurred shading. It also gives the cat a more, "defined" look, for lack of a better word. Examples of this would be like most of David's, Jayie's, and my own images.

This is a common method used by alot of users. While it can work, its absolutely annoying to tweak/fix. (When done right, it looks amazing.) Most people tend to use the gaussian blur tool, but it usually causes the shading to leak away from the outter edges of the lineart. If your going to blur your shading, i highly recommend using the blur tool located with the rest of your other tools in the Toolbox.  Examples of this would be like, Whiteclaw's Starclan image, and Featherwhisker's Starclan image. Both of those were done by blurring.

What i usually do is have atleast three layers of shading. One for the base, (usually the darkest), a second thats a but shorter all the way around but still there) (same as the first, but a tad darker) and finally a thin layer around the lineart of the shaded areas. This helps create depth, and also defines the shading quite smoothly.

Tints that go well with certain pelt colors. (Not mandatory- black is acceptable on all colors.)

Keep in mind tinting is and never will be mandatory, so if you prefer not to tint your shading, ignore this bit. This is just for reference if you ever feel the need too.

Black - Normally only black or a very dark gray will show up.

(if i missed any other important ones, let me know.)

Mottled cats normally have faint, dark markings throughout their fur. They can have up to more than 2 shades of markings, but most of the time its hard to identify.

They can be a tabby, and a solid at times. Realistically, all of them normally have atleast facial stripes present.

An example would be something like this., or Rainstorm.

These cats have smaller, more defined markings throughout their fur. Most of the time, its darker than the base coat. More commonly, they almost always have some kind of tabby stripe-ing, normally pointed (the face, legs, tail).

Hey Gia! I haven't been acting a lot recently on this wiki besides charart and my talk page, so I hope I'm not too late. You've been a great mentor til I became a warrior and I don't want to see you leave this wiki. I don't think anybody was trying to annoy you, and I'm pretty sure nobody would like you to leave either. If you see this message, can you please at least reply to it? Thanks, Cheryl You're so Gorgeous ❤ ~ 11:13, April 23, 2015 (UTC)

May I have the file for Blustar's StarClan alt 3? My email is aeplumm96@yahoo.com. Bluestar Leaf flying in the wind

Retrieved from "https://warriors.fandom.com/wiki/User_talk:Giaria?oldid=970988"
Community content is available under CC-BY-SA unless otherwise noted.