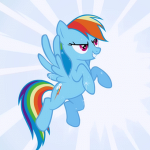 Thank you for reminding me, I was so blind then, I hope you have a nice X-mas/Happy Hollidays!

Ehhhhhhh why can't it be frrreeeeeeeeeeee???? It probably doesn't help that I'm not very good at the game, so I'm less inclined to pay for it. I am a person with many skills...being good at smash bros is not one of them lol. My main is usually Pikachu, though I've grown a fondness to Kirby since playing World of Light. I'm a fan of light weight characters who can jump a lot haha. ^^ Vec I am Iron Man! 👾 04:16, December 30, 2018 (UTC)

Wow, you've been playing for a long time! You're practically a smash pro! The only other Switch game I have is Pokemon Let's Go Pikachu. I finished the main story a while ago, so I've been shiny hunting. I've been a long time Pokemon fan, and that's the main reason I got the Switch. Also it's a great local multiplayer console as I've learned (perfect for college dorms!). Vec I am Iron Man! 👾 19:25, December 30, 2018 (UTC)

gasps You like Pokemon too?? That's amazing! :D I'm a huge fan of LGPE, despite the easy game mechanic. I actually ditched my Pikachu early on because it's super OP. I even skipped Saffron City and just went on ahead to challenge Blaine in Cinnabar Island because I wanted a challenge. And boy did I get one. XD Doing that and challenging Green (because I wasn't expecting it lmao) and Red were the true "challenging" moments for me. But it was super fun! What's your team like so far? Vec I am Iron Man! 👾 20:42, December 30, 2018 (UTC)

Yeah, it's a fun game! I'm a huge fan of Pokemon walking behind you ever since Soul Silver and Heart Gold. And the ride pokemon!!!!! Are amazing. I wish there were more ride options though :/ But I'm just happy with what we got. You should try to get Golduck! Sounds like a Pokemon that'll solve your water/psychic type desires. My team has evolved since beating the league, but I originally beat it with Jolteon, Seadra, Alolan Sandslash, Arcanine (shiny), Nidoking and Aerodactyl. ^^ Vec I am Iron Man! 👾 02:02, January 1, 2019 (UTC)

Seriously riding around on Arcanine is my new aesthetic. I can't stand walking anymore because I just love zooming around haha. And flying super high. I can't remember if it's after you beat the 8th gym or the league but after you can ride high above all the buildings and trees on certain flying pokemon which makes traveling via routes super easy now. So, for example, flying from Cerulean City to the Rock Tunnel (because for some stupid reason you can't fly to Pokemon Centers anymore :/) is suuupper convenient especially when you're shiny hunting and need to grab some more supplies. 100000/10 would recommend once you achieve it.

I. Love. HG/SS. One of my favorite pokemon games ever. I really need to replay it because it can be so difficult (I'm looking at you Lance and your three million Dragonites and full restores) but so rewarding and fun too ;u;

Aww thanks! I'm glad those are finally done! I'm glad my first blank went so well. I'm actually gonna take a few days break before uploading the endless hunting ones for my sanity's sake haha. Plus, I have a feeling one of the first things I'll be asked is to make them a bit larger, so I need to rest for a bit before tackling that! Vec I am Iron Man! 👾 06:01, January 2, 2019 (UTC)

Thanks! :D And no I do not ^^' I've been meaning to get one ever since the wiki chat moved to there, but my social anxiety haunts me here and it makes it difficult at times to talk to people. It's gotten a lot better in the few months, though! Maybe one day I'll do it; that's the goal at least Vec I am Iron Man! 👾 01:09, January 4, 2019 (UTC)

Why did you just delete my edits on Ashfur's page? It says on his talk page The Darkest Hour could be expanded, I just finished sifting through the whole book for details.. please tell me. I'm doing this for PC.Potato Flakin (talk) 21:04, January 6, 2019 (UTC)

I understand and I am sorry, I will also apologize to Rainbow. Thanks for telling me! :D —Ripplewater ( )

Pale has fixed it, but thanks for letting me know! I can teach you how to fix duplicates in case this happens again if you want, it's not hard, just gotta make sure you don't touch anything else really.Stealthf🔥re ❤Warriors Forever!❤ 21:24, February 3, 2019 (UTC)

Alright well I've made a detailed tutorial on family trees to help people new to it. Have a read of that (I've updated it and currently working on the foster family section so that's why it doesn't look complete).

(Read this after you've read the tutorial)

Hey, just to clarify, you can still post Storm Pelt's hunter, you just can’t tag on to the tweak nomination that you want after it's been approved. You would have to claim it during the nomination process regardless if you are the OA. ^^ Vec I am Iron Man! 👾 23:39, June 19, 2019 (UTC)

Hi, Hawkey. Mistmouse's tunneler had a tweak nomination to match the pattern better to the warrior, and I posted it. However, I'd like to ask you, since you're still a little active, if you'd like for me to pass her to you. Summerflower Cool for the Summer 22:39, August 7, 2019 (UTC)

Retrieved from "https://warriors.fandom.com/wiki/User_talk:Hawkfire98?oldid=1420302"
Community content is available under CC-BY-SA unless otherwise noted.