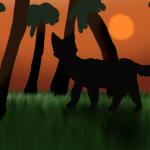 You on the chat??

Sky kicked your daughter, Maple, out and now Rowan and I are taking care of her. Do something! Take your daughter back please! RainheartHaunts you 02:28, December 29, 2011 (UTC)

Purplemoon and your cat are going to the same ski resort. I'm on the ski lift in your picture! :D ♫Purplemoon♪ Stay up until Midnight 15:26, December 29, 2011 (UTC)

So um 8 people voted for you x me x sky. I'm really pleased. We're now popular XD also: am I on the group-pic of our family? XD llwildheart™l03:05 Sat Dec 31

All of my muscles hurt. Every single last one of them. The day before last I was playing intense Wii sports with Iceheart, and yesterday night I had a dance party, and now I hurt. Kill me now. llwildheart™l23:17 Sun Jan 1

Sorry about that. I processed those in a hurry before seasonal holiday stuff and must have missed acctually giving you your new flag. It should be there now.  Kitsufox  Den/CoSC 23:31, January 8, 2012 (UTC)

i dont get pm so just say it on my talk

...Shelly's talk page when I chanced upon a conversation about nicknames: Shelly's was Sht (lol), yours is Ivt, Maple's would be Mat etc. I understand that you come up with the nickname by using the first two letters of a username and then adding a "t". So I guess that means my nickname is Wit? XD Success. llwildheart™l09:10 Mon Jan 30

I know right? Awesomeness. Perhaps I should change my siggie XD Also I think there's a missing </sup> or </small> tag on your talk page somewhere... but I can't find it :P llwildheart™l02:04 Tue Jan 31

Hey Ivy? I'm going through the old mentor requests and trying to assign mentors for those poor guys who have been sitting for like a month. I was wondering if you'd be willing to mentor Stormfire? They use Pixlr. Feel free to say no, I don't want you to take on an apprentice that you don't think you can teach just cause I asked you to. So would you be willing? Paleh Send help 01:31, February 1, 2012 (UTC)

Yup! I use Photoshop Elements 8.0, which is pretty much a watered-down, hobbyist, version of the CS series. I think Elements has its 9 or 10 version by now. I would recommend getting Elements, which at $100 or less, is much cheaper than CS, which from what I seen costs upwards of $700. Personally, I got my version with my graphics tablet, so I didn't get much choice. But it works just fine for me. I'm pretty sure there are other version of Photoshop, these are just the ones I know about. Breezewhisker 22:32, February 8, 2012 (UTC)

Awesome. X3 I'm not certain, but I think I just used one of the hard brushes and then smudged them. Probably on five or something like that. Those are the ones that are just represented by a solid black circle. The smudge tool is under the blur tool (the raindrop towards the bottom) just in case you ask. XD Breezewhisker 00:45, February 12, 2012 (UTC)

It would be great if you could!

Hey, Ivyheart - this is Violetwing. Just asking, is Project Charart still open to join? Thanks! VioletwingFly away with me! 12:09, March 4, 2012 (UTC)

Hello ^^ I don't want to seem naggy, but it wasn't announced that I was now a Senior Warrior on the News Report... I was just wondering what happened since Mountainhearts got announced... Sorry for bothering you. >.< ☯ Mistypebble ☯ 18:19, March 4, 2012 (UTC)

Can you be my mentor?

From what I can see, the colors look fine. The wiki isn't showing the changes on the images for some reason, so it's difficult to tell. If need be, I can grab the colors from the .xcf for you if you still need them.

Well, when I shade, I start by adding a new layer, than make it kinda see-through (transparent or whatever) then put black where dark shading is required and white where highlights are required, then I use gaussian blur tool. Berryflower (sorry, I forgot to log in >.>) 00:20, March 31, 2012 (UTC)

You're a mentor in PCA? Right? I see you have no apprentices. Can I please be your apprentice? Physicmew wants to eat your toes with mustard 14:06, April 6, 2012 (UTC)

Hey Ivy. I don't mean to sound pushy or anything like that, but is there something I have to do before I get re-added into PCA? Because my request thing has been up for five days. I don't mean to rush, I know how hectic it gets and I know you guys are busy, but I was just wondering and I didn't know if you guys were mad at me or didn't want me back in. I'm not trying to rush you, it's okay that I have to wait. I just wanted to know. :) User:Shadewing/Sig 23:21, April 13, 2012 (UTC) Shadewing

Hi Ivy, I told you through an emial about a charart, well here are the details,

tbh probably something from a video game again....i just cant get enough of those colours, do u know what u want yet?

Retrieved from "https://warriors.fandom.com/wiki/User_talk:Ivyheart?oldid=1464912"
Community content is available under CC-BY-SA unless otherwise noted.