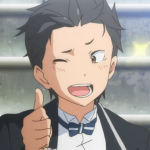 I had seen your post. Although, I am pretty sure it's not bad to do that. Even though, your not an admin or moderator so, I got a believe, I think that's okay. Thanks!

I was doing it on a document for a long time. I didn't know you were working on it until recently. But I'm having troubles in my life now so I posted up what I've done. I don't mind you fixing my mistakes and finishing it at all. That's the whole reason why I put it up (I did say I was working on it too when I realised you were working on it). Anyways, it's there so everyone can work on it. So go ahead! Have fun! (sorry if I upset you)Stealthf🔥re ❤Warriors Forever!❤ 22:39, July 27, 2017 (UTC)

Good job with that! Well, add all information you have onto the Events Timeline. I can double check that information (when I have time)Stealthf🔥re ❤Warriors Forever!❤ 22:44, July 27, 2017 (UTC)

I'm incredibly sorry if i hurt your feelings- i literally just woke up and was rather easily triggered. but even now, i still stand by that you were being really unnecessarily salty, and me and my sis didn't appreciate that at all. there was literally no need for the attitude you expressed towards us when we did an edit that you disagreed with. if we were wrong with our edit, then we'd all be good if you just expressed your reasoning calmly and we'd just move on. but again, im sorry that i hurt you, i'll try to be more careful with how i criticize people from now on if i have a differing opinion. :[ User:Lifesucks24.7/Signature 13:24, July 28, 2017 (UTC)

psa: i did not remove that message. i posted my reupload and broken commented at the same time, so my message was removed, and broken's message wasn't showing up for me and i didn't see it. i blame wikia's awfulness dan 20:23, 8/06/2017

"but he is bramblestar now, so it stays??" I know he is Bramblestar now, I just thought it would make sense for him to be put as Brambleclaw for the sake of chronology. Don't treat me like I'm stupid please and thank you (:  —JayI hope they remember you....ϟ 02:17, 8/08/2017

So how do you get those VVcap images for Kate`s blog. I found something where Kate says Bellaleaf and Harrybrook becoming mates is a great idea, which I think may be a hint that it will become a canon ship. So if you happen to you know how, can you please tell me? Comet ☄ Blazing Star 22:38, August 8, 2017 (UTC)

Your not the boss!

I actually only mainly undid it because of the number stuff, before you pointed out the grammar rule. But yeah, I didn't just undo it blindly. —JayI hope they remember you....ϟ 18:36, 8/29/2017

im goin to say it now: if youve got a damn problem with me you come and say it to my face instead of snooping around behind my back and telling lies about me. david 🌈 14:14, September 11, 2017 (UTC)

it is when youre accusing me of using slurs that i didnt. deal with your problems with me yourself instead of expecting everyone else to all the time. david 🌈 14:25, September 11, 2017 (UTC)

Hey winter. I know you are upset but sending messages to people's talk pages doesn't work. If you want you can talk to me but please keep off wiki stuff not on the wiki. Contact me if you need anything. Appledash the light of honor<

sure keep thinking that. its not because of your own behaviour at all. and dont message me again, your messages are just going to be archived. david 🌈 15:04, September 11, 2017 (UTC)

I can't believe this needs to be said. Please, just keep off-wiki drama off the wiki. Jayce can't do anything about stuff they haven't seen, and stuff they don't have any proof happened. Provide some evidence and we'll see what we can do. But, again, deal with what is off the wiki yourself. ★ Berry ★ Midnight Monster's Parade! 15:05 Mon Sep 11

You're literally going against wiki policy. I don't know what your problem is but cut it out. You know better than this. Keep off-wiki drama off the wiki. Solve your problems yourself. ★ Berry ★ Midnight Monster's Parade! 16:51 Mon Sep 11

Not sure why you resulted to calling me an sjw for defending wiki policy, but okay. Anyway, just read up on the wiki policies since you obviously need a refresher on our expected etiquette. ★ Berry ★ Midnight Monster's Parade! 17:31 Mon Sep 11

Guess what? Now your banned from this wiki for a year!

Retrieved from "https://warriors.fandom.com/wiki/User_talk:Lyokion?oldid=1198612"
Community content is available under CC-BY-SA unless otherwise noted.