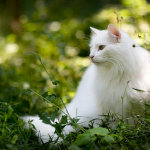 Rolls around in clean talk page Spoons. When you're eating, you can get anything on it. (Including spag and meat balls) For forks, soup leaks through it, as well as... okay, you know. I just like spoons cuz they're awesome. You're right- sporks, I don't know what they're useful for. Maybe poking annoying cousins XD MinnowsWelcome toThomas Krestchmann! 23:04, February 26, 2016 (UTC)

I was wondering on how much information to put on a page like this one^^? I'm not all that familiar with World pages, but some have a ton of cites....some don't. A lot of the info is more on the topic of Borders than about scent markings in particular. So, what exactly should be on this page? Spookycat27" 16:11 Sat Feb 27"

I just saw your Kitty Potter and it just blew my mind in a cute and awesome way, don't really know if this is worthy of a message but u just want to say I LOVE it! :D Spirit The bigger picture 02:25, March 9, 2016 (UTC)

Hey Maple, I can actually answer the question you put on Cloudy's page as I've made a few userboxes before. Basically the colors can be anything you want although it's nice if it represents something the cat has, like eye color for example. And the font background and font don't have anything to do with the picture. Appledash the light of honor 04:45, March 13, 2016 (UTC)

No problem! And yes, I believe it would be their current ranks (StarClan cats) but I don't think anyone will mind if you put it to a rank they had before they died. Appledash the light of honor 04:50, March 13, 2016 (UTC)

Okay, so basically, two pictures are combined. So, if I did Crowfeather and Leafpool, I'd take Crowfeather's image and resize it so it's noticablly smaller. Then I'd take Leafpool's image and flip it to the other side and combine both in an image so it looks like they're touching noses. You can obviously see examples of these in the shipping userboxes, and save them to your computer and zoom into them on an art program to see what exactly is going on. You can upload them to my wiki to test them out - catsofclans.wikia.com Appledash the light of honor 05:18, March 13, 2016 (UTC)

I'm baaaaaaaaaaaaaaack! Kind of. I'm just messing around with your talk page cuz I have nothing to do. MinnowsWelcome toThomas Krestchmann! 17:18, March 27, 2016 (UTC)

I had fun with it! (Did you see my explanation of events timeline because that gave me a major headache to write) And it would be an honor to be a SW of PW, but only if you want to. Appledash the light of honor 15:24, March 30, 2016 (UTC)

Also, I wanted to tell you that you are doing such a good job as an editor and a lead in PW. I'm really surprised that users like you and Spooky are so dedicated to the mainspace part of the wiki. Keep up the good work. You're a great deputy in PW, and I'm really glad that you're one of the users on the wiki. Appledash the light of honor 21:41, March 30, 2016 (UTC)

Alright, since you worked on it and I hardly did anything, you can take over. Just be careful next time I did check the history to see if anyone was currently working on it and no one touched it like, since the 17th :/ I suggest just do three at a time and don't do any others to avoid confusion.Stealthf🔥re ❤Warriors Forever!❤ 21:50, March 30, 2016 (UTC)

In my opinion it's not needed. When I was made a SW of PB, there was no vote really. I don't think you need votes for such small projects. I'm glad it made your day, I was being genuine and I'm glad you're a user here. Appledash the light of honor 22:50, March 30, 2016 (UTC)

Hey, just wanna tell you that when I put up votes I usually go by the wiki clock. So right now, since I'm in EST, it'd be in 4 hours that the day would be over. Just wanted to let you know that I'm following the wiki clock, not my own clock. Appledash the light of honor 20:16, April 2, 2016 (UTC)

Oh okay! That makes sense - I was always following the wiki clock but I guess I was looking at it wrong. Also I'll fix that. Appledash the light of honor 17:39, April 3, 2016 (UTC)

Sorry fort he late reply. I have events up to The First Battle. I don't own and have not read The Blazing Star to Moth Flight's Vision. I hope to get them soon but I have a lot going on and have not found time.

Retrieved from "https://warriors.fandom.com/wiki/User_talk:Mapleclaw?oldid=1057077"
Community content is available under CC-BY-SA unless otherwise noted.