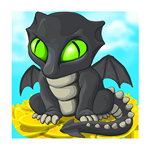 to trollsky ok, I have narrowed my changes down to make you happy. i'm an expert on animals, so I've put the relevant-to-the books things in.

That is true, but there is a difference between the words "canines" and "Canidae." Canines is another word for dogs, and Canidae is the family of dogs, wolves, and foxes. Now enough is enough. --Songheart (talk) 19:42, June 23, 2015 (UTC)Songheart

ok, I will leave that, but before removing my badger edit please look at what I've written. oh, and down the page, it says brakenfur was injured by a badger's blunt claws.

not until you put a source for the goddamn thing. and sign your message when you leave one on my page, thanks. david 🌈 19:53, June 23, 2015 (UTC) .trollsky, I don't know how to attack a source. and it says down the page that they have blunt claws, so I don't see why you insist on saying sharp.

ok, but that's not in the books, so it's not that relevant, and I don't know how to put a link on my thing about cats.

thats because the erins write them as being diurnal rather than nocturnal, for whatever reason. david 🌈 17:39, June 24, 2015 (UTC)

Um...because Splashpaw is an actual character in the books, and Fempaw is not. I'm sure you meant Fernpaw, but she's Ferncloud now, and there was no need to create a new page. User:Winterflurry/Sig 13:24, July 29, 2015 (UTC)

Please refrain from removing the information from the Mates page about Tallstar and Jake. We have multiple citations from Kate Cary herself to support this being on that page. If you continue to remove this, it will be considered vandalism, as you are removing valid citations and information. —Jayce  ( 21:50, 8/31/2015 )

you know trollsky isnt around anymore right? and theres a cite for tall and jake, so dont remove it. u know its listed under a different section? for a reason? Nubface (talk) 08:14, September 1, 2015 (UTC)

Your message on Trollsky's talk page

Hi there, Moons-A-Glow. Unfortunately Trollsky is unable to reply to you, as he left the wiki a few weeks ago. In regards to Tallstar and Jake, Kate Cary has confirmed that they were indeed mates, and that goes on the page, regardless of what anything above says. In fact, that description is rather outdated and is intolerant of homosexual couples such as Tallstar and Jake. It would be very nice if you'd stop removing it, as we have other, more important things to edit now that we have two new books out. Thank you! ★ Berry ★ Midnight Monster's Parade! 08:20 Tue Sep 1

Tallstar and Jake are the only confirmed gay couple right now. But there may be hundreds of homosexual cats within the books; we just don't have any info. The Erins aren't really allowed to outright saw that cats are gay in the books, due to the books being mostly directed at children. I find it incredibly stupid that nothing can be said in the books, but unfortunately until people become more tolerant of these things they just can't. ★ Berry ★ Midnight Monster's Parade! 08:34 Tue Sep 1

Because you're adding it wrong. If you check the book, the actual quote says:

This has nothing to do with Brokenstar. Lionblaze should never have been born. None of them should. she's dead, now it's your turn, Lionblaze.

We put Hollyleaf is brackets to let people know he is talking about Hollyleaf, but that's not exactly what he says. The quotes themselves also do not have links added to it, it just seems to make it messy that way.Stealthf🔥re ❤Warriors Forever!❤ 22:29, January 12, 2016 (UTC)

I just explained that. The links make the quote look messy and it doesn't belong, and the brackets show he is talking about Hollyleaf but it is not exactly what he said. Please leave that quote alone, it is fine as it is.Stealthf🔥re ❤Warriors Forever!❤ 21:14, January 13, 2016 (UTC)

Moons, I have recently deleted one of your uploads multiple times, and I'm not sure you're seeing why I'm deleting it. It contains art theft of this image, and this means the image is not yours to use. Please refrain from continually reuploading that image, as it does not belong to you, and art theft is not permitted on this wiki. Should you continue to reupload that image, you will be temporarily blocked. Please remember to read the image policy, and ask if you have any questions. —Jayce  ( 17:06, 1/17/2016 )

Why is your wiki considered a valid source? It is something that you made, and I fail to see what makes your personal wiki better than something on Wikipedia, which is much more heavily and accurately cited. While Wikipedia isn't the best source, they still have external sources on their pages, that prove everything that is written there. It's just easier to cite the page in general, instead of digging around for exact links. Please don't get salty with me just because I undid an edit with no valid citation. Using something on Wikia to cite isn't proper; what gives your wiki priority over something that has been around at least fifteen years and has over five million articles, each with many many citations. —Jayce  ( 21:17, 1/19/2016 )

But you still made it, and we cannot use that as a citation. If you want to add something, then sure you can, but it needs to be accompanied by a proper citation, not something that you typed up using something you found. I'm not sure what kind of cites you have on your wiki, but you need to realize that we don't just type something up and call it done here. Everything needs to be properly done, and just because you know a bit about a certain topic, doesn't mean you can just add it. I know a lot about certain topics, but you don't see me adding uncited information to articles. We're not using your wiki as a citation; we need actual websites (such as something from, say, National Geographic, or something along those lines). —Jayce  ( 21:43, 1/19/2016 )

Your wiki is fanmade, and that's why we can't use it. And what sources are random? None of the sources look random to me; they seem to be very legitimate sources. We cannot, and will not, use fanmade websites as resources for anything. —Jayce  ( 21:53, 1/19/2016 )

Wikipedia, and these so-called "random websites", have credibility, while your wiki does not. You have not presented me with anything helping your case here. Why should we consider your wiki a valid source? What are you doing that makes your wiki more reliable than something that has been around longer than some of the editors here have been alive? Do you have a degree in animal behavior and knowledge? Are you currently studying them in college? We are not using your wiki as a source. It is fanmade, since it's not official (such as being affiliated or used by writers of wildlife books, scientists, ect, whatever have you) in any way, shape, or form. —Jayce  ( 22:08, 1/19/2016 )

Why your wiki is wrong

Okay, I've snooped around on your wiki, and as an avid cat lover and cat owner, I'm here to tell you why your wiki is so wrong on so many levels.

1. Newsflash: cats do have predators. You don't have any citations whatsoever for the information you are providing. I've read stories about cats and dogs both being taken or eaten by predators. I would never let my cats outside because I don't want anything to happen to them. What's even worse, the wrong people could read this and think it is okay to abandon their pets because "cats have no predators." That is not okay under any circumstances.

2. You have abused your admin rights as seen here: http://www.cats-have-no-predators.wikia.com/wiki/Special:BlockList You downright ban users who disagree with you and edit their comments to make it seem as if they are agreeing with you. You even used caps to yell at someone. You are an unfair, biased admin. If I were to disagree with you on your wiki, you would probably ban me. Songheart

Large birds of prey have been known to kill cat as well as feral dogs such as dingos. Cats have many predictors including humans. VelvetmoonPersonne n'échappe à mon regard! 22:35, February 1, 2016 (UTC)

Does it say it in the actual book, or just the subpage? It could be someone's writing style. In order to properly cite something, you need the book and page number, as the chapter only cite works for digital novellas only, not actual printed books, —Jayce  ( 22:28, 2/1/2016 )

But how aren't they ghosts? I don't actually see the point in the trivia- not everyone can see them unless they make themselves known, they can often be pretty translucent as well (such as Maggottail or Mapleshade), and they're known to fade with time. It's akin to being called a ghost, imo, just without the word "ghost" being used. —Jayce  ( 22:35, 2/1/2016 )

How to do a correct cite:

Two healthy cats, Swoop and Bright Stream, were killed by birds. However, birds of prey have also gone after healthy cats more than that. In TST, an entire group of cats were attacked by eagles, and most of the group were healthy adults. In Moonrise, Stormfur almost gets caught by an eagle. Later in Moonrise, Crag has to save Stormfur from a hawk. I'm pretty sure that those aren't the only times that cats have been attacked by eagles, but I can't think of any more. Additionally, there have been real life cases of hawks, eagles, and owls attacking domestic cats. Cats aren't the most common prey of large birds, but it's not unheard of that they'd attack cats.

I'm sorry, but you're going to have to find proper cites for both "stupid furball" and "cats have no predators" before you can put them on the pages. Shinxy used Thunderbolt! 12:37 Sat Feb 6

Look, buddy, I don't want to argue with ya. But just because only two cats have actually been killed by birds of prey (not counting kits here, since they're pretty small and could be mistaken for mice or something.) in the books doesn't mean that the birds don't try to prey on cats sometimes. Bright Stream and Swoop aren't stupid just because they were caught, they legitimately couldn't get out of the way. Cats hunt mice. Sometimes, the cats miss or the mice get out of the way before they're killed. Cats are still the predators of mice. Same goes for birds of prey and cats. I'm also gonna point out that just because Swoop and Bright Stream are the only cats we know for sure have been killed by birds of prey, doesn't mean they're the only ones who have been in the series. There are cats with unknown causes of death, cats that we don't know have died, and cats that haven't been mentioned, who may have been killed by birds of prey. Am I making sense here? And yes there have been cases of domestic cats being taken by birds of prey and real life. It's not common at all, but it has happened.

Now I'm gonna drop this before it turns into an argument. Getting worked up over something this trivial would be childish. If you still believe that cats have no predators, whatever. None of my business, believe whatever you want. But do not add things like that to articles without a proper cite, either from the books or one of the Erins. Shinxy used Thunderbolt! 13:30 Sat Feb 6

Retrieved from "https://warriors.fandom.com/wiki/User_talk:Moons-A-Glow_Werecat?oldid=1041029"
Community content is available under CC-BY-SA unless otherwise noted.