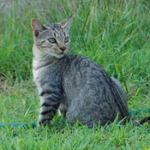 I think you are reffering to the box that looks like this:

Look on Project characters talk page. What do you think about the Hollyleaf expansion? Deputy of HollyClan 18:54, February 12, 2011 (UTC)

If you haven't read Night Whispers yet then I will. She is thought of by Lionblaze. And, (I'm making an example) Yellowfang is mentioned by Sandstorm in Firestars quest. (See her article) So why shouldn't Hollyleaf have Night Whispers in her profile? That would expand it to. Deputy of HollyClan 19:03, February 12, 2011 (UTC)

Hey, River! I'm having siggie problems. I joined the Warriors FanFic wiki, and because I didn't have a siggie page, my sig was all screwed up. So I made a siggie page, with help from an admin. But to make it, you had to create a page called Template:USERNAME/Sig'. But here, it was just USERNAME/Sig. I made a page like at the WFF, but my siggie here still doesn't work! Please help! - {{SUBST:Gingertail/sig'}} 20:26, February 14, 2011 (UTC)

I need a queen name for one of my cats. Her warrior is Fernwing. She is gray with darker flecks black tail tip and paws. Fernwing 19:44, February 23, 2011 (UTC)

Hi River! Im starting a story on the warriors fan fic wiki, and I want as many users from the warriros and warriors FF wiki to be in it. If you would like to be a character in the story, tell me the description and the name of the cat. The story is about a loner named Willow who gathers a bunch of Clan cats and they travel to create a new Clan, but something happens along the way...thats all I'll say =) You'll have to read to find out. You in? - Ginger Loves Silver! HAPPY VALENTINES DAY! 19:13, February 26, 2011 (UTC)

I love them all soooooooo much!

Ok so that leaves Orangeshadow and Dappleclaw! I'll wait until next week. As you said that you can only post 3 pics a week. :D Amberstar x Icicleflight Forever 15:38, March 3, 2011 (UTC)

River! I want a charart, please!

Hi there, River! I'd really like for you to make me something, since I love your work!! I'd like for you to make me Dreamstar. Dreamcatcher's leader charart. She's a long-haired silver tabby with light blue eyes and a black tail tip. You can save over the file that's on my user page now, (File:Dreamcatcher) if you have to, since I don't really like the kit charart from WSW anymore. (xD) Thanks!!! Cloudskye The Dark Forest Is Rising 17:51, March 3, 2011 (UTC)

Personality: Loves to talk and is good in a friendship. loves to be around others anis serious but can be playful at times, too.

Hey I have a charart request!

Description: Sweetpaw is a tortoiseshell she-cat with blue eyes and a beautiful white tail tip. She is long furred.

Hey, River, don't know if you remember me. I'm trying to clean up my userpage, and the way you used the drop-down boxes could really help me. I clicked the "Edit Page" button (I didn't change anything, I just wanted to see what the template was!) but I still couldn't get the hang of it. If you could help me out with that, it would really cheer me up! Thanks!
GMF160LionxDove 16:10, March 12, 2011 (UTC)

Whew, thought you would have forgotten about me! Is it possible to just have all the headings on my userpage changed into boxes, and all the contents of the heading in the boxes? As for the colours, I don't need anything fancy, just the average blue that (I think) the default is. Thanks, buddy!

Take as long as you need, I won't rush you. And I really appreciate what you're doing, so thank you very much!

Retrieved from "https://warriors.fandom.com/wiki/User_talk:Riverpelt?oldid=390881"
Community content is available under CC-BY-SA unless otherwise noted.