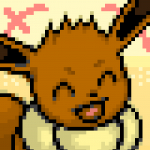 hey, scar, your feathertail alt star was nominated to remove the texture, and i was wondering if youd like it. if not, think you could send me the file so i could maybe tweak it~ thanks—Broken_Foot⭐StarClan's Prophet⭐ 03:06, 8/11/2017

Oh no, you posted Poppydawn but it's not the same lineart as mine. Are you sure you don't want my version of the lineart? I want them to match.Summerflower Cool for the Summer 02:08, April 2, 2019 (UTC)

EDIT: Jayce confirmed I need to use yours, so can you email it to me at j.nagle3@verizon.net please? Thank you, Summerflower Cool for the Summer 02:35, April 2, 2019 (UTC)

fair enough! I was going to post the StarClanner first as its the display charart and then I'd put up the queens following that :D — eilish ゴジラ () 06:42 Wed Apr 24 2019

Scarlet, I'm so sorry if I tried to guilt-trip you into matching Poppydawn's lineart. It was not my intention and I didn't know that whoever posted their version first had to match. Again, I'm so sorry!! —Preceding unsigned comment added by Potato Flakin (talk • contribs)

Can you send me the lineart for his elder bc I’m done defending my work on my version for his alt and no one is even commenting on the quality of the image anymore so im sick of it. Sorry if this sounds rude im just really annoyed that this is happening at all. My email is neevousbreakdance11@gmail — ferk was here ✦✦✦ 22:19, 04/24/2019

Hey scar! Yeah I'm still planning to do brightheart's alts. I actually didn't realize the redoes had officially started now. I went MIA for a bit but was planning to come back when they started. I'll for sure use the lineart from her main warrior, but I think I should be able to yank it from the png image pretty easily. If I have any issues with that though I'll let you know. Thanks! Paleh Send help 23:17,6/2/2019

Hi i Have A Question You made Brightheart Have Half Long Fur face and Short fur Could Make Me A blank Like That But The Whole Face Is Short fur i Don't Like How Long Furs Look!Ravenripple13 (talk) 23:12, June 19, 2020 (UTC)

Retrieved from "https://warriors.fandom.com/wiki/User_talk:Scarletwind?oldid=1485205"
Community content is available under CC-BY-SA unless otherwise noted.