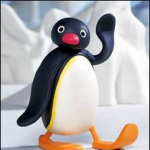 aka The Real Noot Noot

Thanks so much for the suggestion! I think that would work more for Moonrise, personally, as that is the book in which the forest is actually destroyed and a lot of cats would be questioning StarClan. Or maybe Forest of Secrets for the moment when Tigerclaw is exiled. But I'll keep your idea in mind! Shelly For a limited time only 04:34, April 14, 2013 (UTC)

Just a head's up, but your comment on Duskdapple's talk page about them having no place here is completely unnecessary. Everyone has a place here (except the vandals of the malicious kind, not like ten year-olds that don't know better), and I believe that you should go apologize for what you said. It was extremely harsh and uncalled for. Just because they don't know what does and doesn't belong yet, doesn't mean you can tell them they won't have a place here if they don't edit productively. They just have to have it explained to them. —Jayce  ( 04:46, 4/24/2014 )

Seconding Cloudy here. There is no excuse for behavior that could run people off. Remember that once you were new to the concept of wiki, too. We expect users to support each other and help each other become the best editors they can be. Please appologize for your behavior and unkind words. Keep in mine that any further behavior like this will result in the staff having to take actions against you. Running off new people like that is activly harmful to the wiki and can be deemed an act of bad faith.  Kitsufox  Den/CoSC 18:05, April 25, 2014 (UTC)

I tried linking it the first time. It just links back to her Facebook page. If you click on "Posts from users" you can scroll down and see it. Also, the photo was intended to prove she confirmed it. ~Breezeheart~ (talk) 23:32, May 12, 2014 (UTC)

How do I add citations??

We're you the one to put Molekit to cherrykit on dovewing's page I edited the quote but you added that I think and it is wrong Please help me in removing it even if it was not you. Thanks dovewing41813

Thanks for clarifying but I did not add the Molekit said to cherrykit part. I did not know who did but I saw your name edited the thing and I just wanted to say thanks! ~ Dovewing41813 ~

Retrieved from "https://warriors.fandom.com/wiki/User_talk:Shuckle*?oldid=900607"
Community content is available under CC-BY-SA unless otherwise noted.