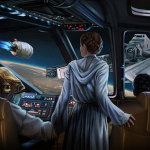 Hey Spookycat! I just wanted to say thanks a lot for editing PB - it's not often we get a new user so enthusastic to join and edits a lot asap. I've noticed that although you're pretty new, you're definitely putting effort in mainspace and making a lot of helpful edits.

If you need any help on how the Wiki goes, just shoot me a message.

You're welcome! Here's the code and result, you can just copy it onto your signature page.

I always thought he was though? Hollyleaf and Lionblaze have their Warrior names there, but not Jayfeather? Spooky Hollows (talk) 22:34, February 1, 2016 (UTC)

I'll add you back in right now. You know, you don't have to create articles in order to be apart of PB. You just need  to be active, such as voting on nominations or commenting on them. Appledash the light of honor 12:40, February 2, 2016 (UTC)

Shoot. Thanks for telling me, I'll fix it right away. And read the rules. (Yeah, that explains it.)

To make the tabs, use the following coding:

I hope that helped. If you want more help, I can explain more, or make the box for you if you want me to :) Also, feel free to look at the coding I used right here.

btw, thanks for adding the page numbers for the two SD chapters! ^^

Yes, you can add main quotes to articles that don't already have them. Just make sure they're important or talk about events in the chapter, don't put something nitpicky as "There's not much prey left" or something like that. Appledash the light of honor 19:02, February 6, 2016 (UTC)

A lot of what I know I put into a couple of tutorials, and it's essentially the same thing of what I'd teach you. Read over that first but if you still need help sure I'll be glad to teach you. :) Here's the links:

Retrieved from "https://warriors.fandom.com/wiki/User_talk:Spookywilloww?oldid=1041046"
Community content is available under CC-BY-SA unless otherwise noted.