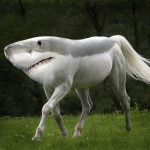 Hey guys! It's Tiger! Keep in mind that there are rules on my talkpage. No cursing, make a new heading every time you want to talk to me, always sign, and absolutely no attacks. Now, roam freely among my talk page.| Edits: 1,871 Goals: Get over 9000 edits

Hi Tiger! It's your apprentice Honeyheart here! Here are the name you can call me by: Holly, Hollytail, Hollystar, Honey, Honeytail, or Honeyheart. I guess you could call me Honeystar too but it feels awkward. Ah yeah so I want to make a join me for us since your skedge is 5pm to 8pm and it is 5:05 I need a bit of help with something so if you go on Live! Chat I'll be on or away. I'll still be there if it says away. Private chat with me k? Bye! Honeytail❤ 01:07, February 19, 2015 (UTC)

Hey mentor! I love the sharpclaw we made. Maybe tomorrow we can try Frecklewish Kittypet alt. I want to contribute a real character to the wiki so I can become an apprentice! We can do more tomorrow! Honeytail❤ 03:50, February 19, 2015 (UTC)

Hi! I was wondering how you reserved chararts that you are wanting to do, i might want to do the Shellheart kit, but how do you reserve them?

I know that feeling. Sometimes I forget to consider the time zones when I call my friends in America =3 User:Burntclaw/Sig 05:19, February 21, 2015 (UTC)

Lol such a strange cat...

Feel free to add my cat to your chararts

Hello TigerBird, I would like you to make whatever a charart is for me please.

Congrats on being promoted, Tiger! As a senior warrior of PCA, you'll be able to CBA, decline, and approve images on the approval page. As a good start, I suggest looking through the approved archives to get a feel for how it's done, and the declined archives also show examples of different scenarios and what to do (also what not to do), should they arise. While you are approving images, please make sure to add the categories to the images, which include the approved character images category. We approve images 24 hours after a CBA, and the same rule applies for the tweak page- 24 hours after the last comment, unless there is another comment applying to all images in the set (such as Tornear's recent tweaks).

As a lead, you are also responsible for helping to archive the tweak nominations page, and list them in the approved tweaks/redo sections. The requirements for a successful pass is five yay votes, and likewise, the requirements for an unsuccessful one is five nay votes. In the case of a stalemate, or a tie, the tweak should be brought to myself and Beebs, and as leader and deputy, we will discuss it and decide based on the comments from the supporting or against votes.

You'll also be responsible for adding new members, archiving, and helping to make sure the reservation table is up to date with the correct information. Basically, if you approve tweaks, archive stuff, ect, remove it from whichever user has it on the reservation table.

Tiger you forgot to make my cat

Thaaaanks :3 Today we get to dress up as our favorite book character rather than boring uniform in school, I'm Rachael from Percy Jackson and now I've got random gold streaks all over me =P. User:Burntclaw/Sig 00:39, March 5, 2015 (UTC)

Thank you for the happy birthday message

Hello Tigerbird. I am new to the wiki and I saw that u make cat characters? (I might be wrong)

Ear has chunks out of it

Has scar from right eye down to left side of muzzle

We are on our last week of school :D I wanna relax as much as I can before we start getting pressurized by IGCSE and end of exams stuff User:Burntclaw/Sig 00:26, March 26, 2015 (UTC)

My Mom is forcing me to take SSATs bc she wants to move me to the Shanghai American school which I really don't want to go =P User:Burntclaw/Sig 00:49, March 26, 2015 (UTC)

Hey there! I was wondering if you might want to join my wiki? It is just starting, but it is sort of like a role play with warriors.

I write fanfic sometimes, Im starting a few short ones, mainly I write originals with action and all that, right now I'm writing about a girl called Camila =P User:Burntclaw/Sig 00:35, April 9, 2015 (UTC)

My original is about a maniacal school and all that with a girl called Hiba has the POV, I think the plot is too complicated and I seriously need to burn down a lot of stuff User:Burntclaw/Sig 08:12, April 9, 2015 (UTC)

Hey i made a new account i used to be Skyfeather01 and now im Squirrelfang.I rember talking to you and you seem awesome and i would like to talk to you again and maybe we can do projects together,And i can help (you),and you can help me lol.Only if you can send people friend requests on here that would be cool!.Well hope we can talk soon bye! :) .  Squirrelfang (talk) 13:16, July 6, 2015 (UTC)Squirrelfang

I am laughing right now! You can do it

Retrieved from "https://warriors.fandom.com/wiki/User_talk:Tigerbird?oldid=1159462"
Community content is available under CC-BY-SA unless otherwise noted.