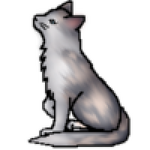 Should be put under here. Fill out the following form.

Sorry for being late on this, but congrats on becoming deputy! And sorry, I forgot to congratulate you for senior warrior... You deserve this position, with your dedication and hard work for the wiki and the project! Rainwhisker567 01:44, May 30, 2011 (UTC)

Hi mossy its Candypaw! Oh no! emergency!CanyonsongCandypaw to the rescue!

I haven't recieved any comments except "this looks good" on my Ivypool image recently, do you think it should be under the status CBA? I'm pretty sure only leads can do it and I don't want to keep bugging Nightshine ^^; Iveh Yo! 23:38, June 8, 2011 (UTC)

Hi can i have a charcat request? here is what she looks like

Congratulations on your new leadership. And i was wondering since Nightshine is gone, can i take over the charart project news? Promise to call you by your prefered name. -❄ſceheart ♥ Blah blah 03:28, June 10, 2011 (UTC)

Hi Mossy. First of all, congartulations on become Leader of the PCA! I know you'll make a good one. :) Second, My the image I'm working on, Pebble's cavegaurd, was on CBA, then someone commented AFTER the 24 hours were done, and they were telling me to redden the earpink in that comment. I had already done that, but the new version wasn't showing. I wasn't quite sure whether I'd have to wait for another CBA, redden the earpink even MORE even though it's already pretty red, or if it would just be approved eventually? ♥ Paleclaw May StarClan be with you ♥ 07:39, June 10, 2011 (UTC)

Congrats new leader, Mossystar (XP). A few days ago, Night Shine removed a bunch of inactive apprentices but their names are still on the table along with Wildheart. Would you like me to removed them? I know it's a job reserved for a lead, but I'm more than willing to help out if needed. ♌The Star that cannot Return to the Heavens♌ 18:52, June 10, 2011 (UTC)

Hi, I'm new to PCA and I would like to know some things.

1.Can I do a charart? I'm not really sure if i can yet since I have only just started.

2.How do you reserve? I heard that you have to reserve your charart before posting it on the talk page but how?

Okay since the prey hunter blanks are approved, can i open a forum to start nominating chararts for tweaking? Even though we said we'd do the prey hunters during the normal project, i still think we should continue with them through tweak week. And theres a couple of discussions on the PCA talk page that need your decision if you'd take the time. -❄ſceheart ♥ Blah blah 21:31, June 22, 2011 (UTC)

im sorry i just dragged it to the desktop and copied it cause i thought that the image was very beautiful and the cats were very feral and loving and playful i really love cats and i think their the most beautiful creatures on the planet User:Iceh3art33/Sig 01:13, July 7, 2011 (UTC)

I AM SO SORRY SO SO SORRY I DINT REALIZE I COULD GET BANNED!!!!! I just think cats are the most beautiful creatures and i didnt know they were mating i just thought they were playing seriously i just thought they were playing you cant tell me it doesnt look like they're playing!!!! please forgive me im so sorry i didnt realise so sorry please forgive me cats are beautiful!!!!! :DDDDDDD User:Iceh3art33/Sig 01:26, July 7, 2011 (UTC)

I was bored :P

May i please have

hey jsut wonderin if u were almost done with the charart, im really excited to c it!!!

I have received reports of your behavior in chat, including screenshots. Your refusals to come in line with chat rules at the request of others, and openly ramping up your rule breaking efforts in response to requests to stop, has resulted in you being banned from the chat.  Kitsufox  Den/CoSC 19:47, August 12, 2011 (UTC)

Thank you for correcting my mistake on my tutorial, but next time, do you think you could inform me if you're going to make an edit to it? I didn't notice that until just now. I'm not mad, I'd just like to know next time. Thanks! Iveh Yo! 14:44, August 21, 2011 (UTC)

Can I have a Charcat?

Bleh IRC sucks XD Chat is much better. But anyway, I'm way too inactive to waste time going on the IRC/chat when I get the chance to be on WWiki :P If I catch ya, I'll catch ya. Do you even exist anymore? :P llwildheart™l01:11 Mon Feb 13

Extras: She is a short-haired feline

Retrieved from "https://warriors.fandom.com/wiki/User_talk:XxdovesongXX?oldid=767061"
Community content is available under CC-BY-SA unless otherwise noted.